Honey prices could rise as much as 20 percent due to one of the worst seasons in decades. 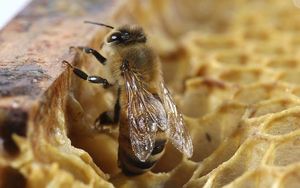 Beekeepers say lower than usual temperatures in January meant the insects stayed inside their hives during the peak season and produced less honey.

Mr Ward says for some beekeepers, honey production has halved from last year.

The export market will also be hit by the price increases, as international demand for New Zealand honey is higher than ever, he warns.