Napier City Council is considering selling its Deco City Discoverer buses after only a year in operation. 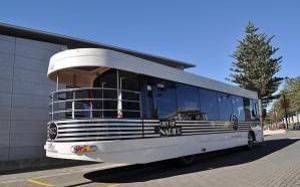 It bought two old American school buses in 2012 for $800,000 and a further $200,000 was spent converting them to art deco style. More money was then needed to fix several mechanical problems.

The buses began operating in April last year and have since struggled for patronage.

A report to the council's Finance Committee is recommending they be put up for tender.

Council chief executive Wayne Jack said the buses have also been unreliable, with higher than expected maintenance costs, and the council has lost about $200,000 due to lack of patronage.

"They have been very popular for charters and use in weddings so I think (for) a private operator there is an opportunity there. But using it on a daily basis really hasn't worked."