An Invercargill resident is accusing the city council of leaving residents to do its dirty work to get rid of numerous cats on one property.

Residents in the southern city's Thurso Street say they are fed up with a woman and her son having at least 37 cats on their property.

A new bylaw came into effect in September last year restricting the maximum number of cats per property in the city to three and the woman and her son had until last weekend to get rid of most of their cats. 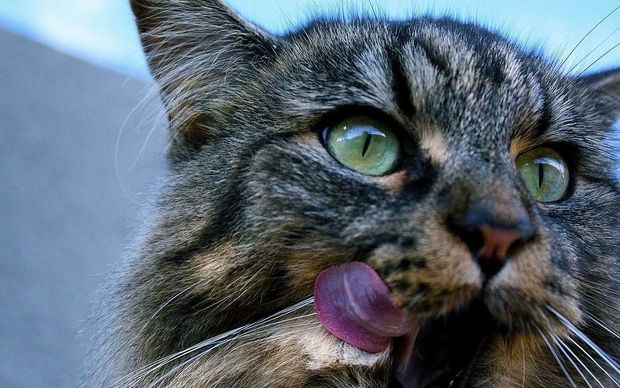 City council chief executive Richard King said they had ignored the deadline and the council had no option but to take court action.

Houses with a high number of cats were an intolerable nuisance for neighbours, Mr King said.

He had told residents they could pick up cat traps from the council and get rid of the cats however they wanted. However, the traps must be returned empty - and the council won't ask questions.

Resident Fern Webber said he had had enough after three years and planned to start trapping his neighbours' cats. However, he believed residents were having to do the council's dirty work.

"I would absolutely do that but I would rather not be killing cats. But if that's the absolute end point of the situation, then absolutely."

He had previously trapped some of their cats, only to have them returned to his neighbours by the Society for the Prevention of Cruelty to Animals (SPCA). This time he would have them put down by a vet.

Fern Webber did not believe the bylaw was doing what it was supposed to.

"When the bylaw was initially bought in we thought it would have a bit of bite. Actually I just learnt there is no consequence really if she doesn't comply with a bylaw. And the fact it has to go to court is an extra frustration."

But Richard King said the bylaw was a step in the right direction in trying to deal with a situation it had been working on for four years.

Invercargill Mayor Tim Shadbolt defended the council's stance and said it was justified as the city had a major cat problem. He called for legislation to control cat ownership.

"There still are a lot of people with 10, 12, 15 cats around the city and I think there are going to be some dramatic changes in terms of how they are looked after in the future. Hopefully this will trigger this off."

SPCA Southland manager Richard Hay said it was a test case and it was questionable whether someone could trap and destroy another person's cat.

The woman isn't breaching the Animal Welfare Act, and it was working with her to resolve the issue, Mr Hay said.

The Invercargill City Council is meeting its lawyers on Wednesday to discuss how to get rid of most of the woman's cats.