KiwiRail says it is confident there is no airborne asbestos in its Chinese-made locomotives.

Forty freight locomotives removed from service at the end of February, after the manufacturer confirmed asbestos had been sprayed on areas of metal sheeting, have undergone two rounds of testing. While testing was underway, the hazardous material was also found in doors. 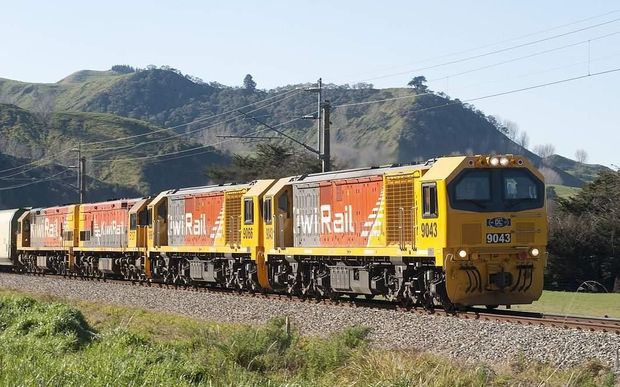 One of the locomotives. Photo: PHOTO NZ

Mr Reidy says only non-respirable asbestos was found in seven of 204 samples.

He says KiwiRail is meeting with union officials on Tuesday to update them on its progress with Worksafe New Zealand towards getting the locomotives back into service.

But the Rail and Maritime Transport Union says it understands the test results showed loose asbestos fibres, which can become airborne, in one of the locomotives.

It is also concerned that while some of the locomotives tested negative in the first round of testing, they returned positive results for asbestos in the second.