Legislation which will allow people to be arrested at the border if they refuse to pay back their student loan has passed its final hurdle in Parliament. 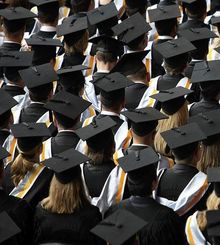 The Student Loans Amendment Bill (No3) was passed by 61 votes to 59 on Thursday with the support of National, ACT and United Future.

The bill also increases the repayment rate for those living overseas, and makes it a criminal offence for anyone living overseas who is behind on payments and knowingly fails or refuses to make a reasonable effort to pay their loan back.

The Government says borrowers living overseas are responsible for 80 percent of overdue loan repayments, which now total about $543 million.

Labour MP Grant Robertson said the legislation would will have little effect as police are not resourced to be sitting around at the airport looking for student loan defaulters. He said the message to graduates overseas will be don't bother coming home.