In an effort to flush didymo and another toxic alga, phormidium, from a South Canterbury river, a major flow from Lake Opuha has been released. 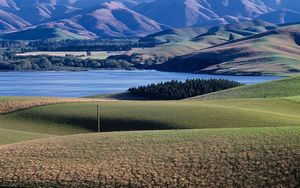 Opuha Water is working alongside NIWA and the Canterbury Regional Council on an ongoing project to manage alga growth and clean up the Opihi River.

Chief executive Tony McCormick says the water was released into the Opihi River on Thursday, increasing the river's flow to six times higher than its average rate, to flush out the unwanted invaders.

Mr McCormick says the toxic alga has not been bad this season, but it is important to explore ways to improve the water quality.