Lawyers for Peter Whittall have asked Worksafe to release three letters, relating to the dropping of charges against the former Pike River mine chief executive.

Peter Whittall had faced 12 health and safety charges in relation to the deaths of 29 men in the November 2010 explosion at the Pike River mine.

Last October his lawyer, Stuart Grieve, offered $3.4 million for the families if the Ministry of Business, Innovation and Employment dropped the charges. The charges were dropped in December, and that amount of compensation was to be paid.

Worksafe is a new agency, and part of the ministry which brought the original charges.

Mr Grieve says the matter's now being misrepresented as a backroom deal. He says the letters show the whole process, and that the ministry initiated the discussion about a possible resolution.

Mr Grieve says he and Mr Whittall are happy for them to be made public.

The families of the men killed at Pike River say they're even more convinced a deal was done over the charges against the mine's former chief executive, now that a cash payment offer has been made public. 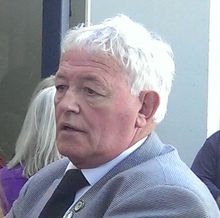 Bernie Monk: "I knew something went behind the scenes that we didn't know about." Photo: RNZ

A spokesperson for some of the families, Bernie Monk, says that shows a back-room deal was done to let Mr Whittall walk free. "I knew something went behind the scenes that we didn't know about," he says, "and we were continuously told there were no deals done. I find it outrageous and disappointing what's happened."

However, Mr Grieve and the ministry deny any secret deal was done; they say the main reason charges were dropped was potential problems with the prosecution. The ministry says it made the decision after taking advice from Crown Law and neither sought nor required the agreement of any other party.

"On our assessment," Mr Grieve says, "the trial could have lasted anything between four and six months and it was going to be horrendously expensive. If this trial had proceeded and the ministry had failed, the families would have got nothing. As it stands now, the families ended up getting the reparation that had been ordered by the judge against the company."

The families' lawyer, Nicholas Davidson, told Morning Report he doesn't think that a dodgy deal was done, and that Mr Grieve was quite within his rights to send such a letter, but now there's a "flavour of the money influencing the result" the families can't be blamed for thinking as they do.

"They're saying, here is the department that failed so miserably in its performance, as the royal commission noted, before Pike River exploded, becoming the investigator into the failures of others - allegations against Mr Whittall and the company - then facing allegations itself that it's botched this process...and then the prosecution comes to an end."

Mr Davidson says he always wondered why criminal charges were not brought, but with entry into the mine looking close now, "who knows, there's faint seeds of optimism".

Prime Minister John Key says that as far as he's concerned, no deal was done.

"My understanding is no, it was an unsolicited letter. They looked at lots of different factors but in the end they could have spent millions and millions and millions with the lawyers and actually got nowhere - or practically make a payment to the families, which made more sense."