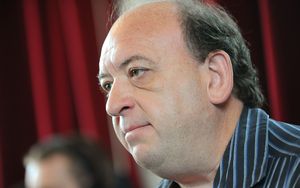 It has been revealed that the ministry was offered a deal to drop charges against Peter Whittall in return for a payment of $3.4 million to the families of the 29 men killed in the November 2010 mine disaster.

But Worksafe New Zealand categorically rejects the allegation that a deal was done to drop charges in return for money for the families.

It says it wants to make it very clear there was no deal done between the defence and the prosecution.

Worksafe New Zealand says problems with witness availability was the main reason, although it concedes the offer from Mr Grieve was also a consideration.

Following a royal commission of inquiry into the disaster, the ministry laid 12 charges against Mr Whittall relating to failures under the Health and Safety Act.

Mr Whittall's lawyer, Stuart Grieve QC, wrote to the ministry offering the payment in October last year. He said the inadequacies of the case would leave the ministry unable to prove any of the charges beyond reasonable doubt, and suggested that, by withdrawing the charges, the ministry would avoid the costs and burdens of a 20-week trial - resources it could better use elsewhere.

The charges were formally dropped in the Christchurch District Court in December.

Mr Grieve told Checkpoint that while money was offered, the decision to drop the charges was carefully weighed up by the prosecution and was considered high up in Crown Law.

Mr O'Connor says the letter confirms his worst suspicions that a dirty deal was done. He says the threat of Mr Whittall's defence that it would focus on the ministry's inadequacies was enough for the case to be dropped.

The Grieve letter was released under an Official Information Act request by the Labour Party and supplied to Radio New Zealand.