A marine biologist is on her way to Southland where nine Orcas have beached themselves. They died after the stranding on a beach at Tuatapere on the Southland coast. Very little is known about their strandings. 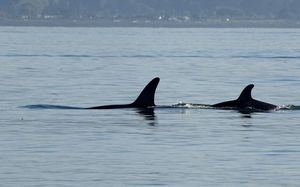 Orca Research Trust founder Ingrid Visser told Morning Report there have been only two other strandings in New Zealand, one in Paraparaumu in 1955 and another in the Chatham Islands in the 1980s.

She said there are fewer than 200 orcas in New Zealand waters and very little is known about their strandings.

Ms Visser said she would be looking at whether their eyes were bleeding due to seismic testing, and how the group was related.