The Auckland Council is trying to get a rap group known for sexually violent lyrics pulled from a concert line-up.

Rap collective Odd Future is a last-minute addition to Rapture 2014 taking place at Western Springs stadium at the weekend. 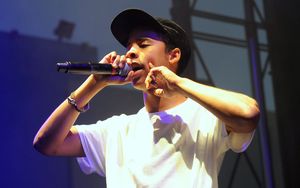 The Stop Demand Foundation has emailed all Auckland councillors asking them to put pressure on Regional Facilities Auckland, the council organisation that operates the venue.

Spokesperson Denise Ritchie said the group shouldn't be allowed to perform at the all-ages event.

"If you listen to a cross-section of their songs their lyrics are littered with rape, enjoyment of rape, butchering and murdering women. It would be at the most extreme level of vitriol and hatred towards women."

Deputy mayor Penny Hulse said the lyrics are vile and she would prefer that the group didn't perform.

However, she said the promoters are reluctant to pull the act completely and the Regional Facilities Auckland is trying to strike a compromise.

Ms Hulse said that could include shifting Odd Future to the beginning of the concert so that people can avoid the group's performance if they want to.

Odd Future was supposed to perform at the Big Day Out music festival in 2011, but withdrew after complaints over their lyrics.