A worker at the Kiwi Bacon factory in Hamilton says more should have been done to save the business. 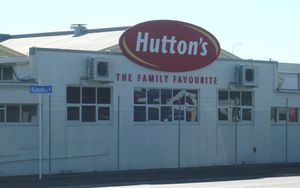 Goodman Fielder, which owns the plant that makes the Kiwi Bacon and Hutton's brands, has told its 125 staff at the factory that they will lose their jobs at the end of March.

The company is selling its New Zealand meat division and workers were told in January that the site would close as a result of the sale.

The Australasian food giant intends to sell to Hellers, which has sites in Auckland and Christchurch, and has previously said the sale should be completed by the end of March this year.

Glen Bratton, who has worked at the factory for 16 years, says that while it's a relief to get a final decision on its future he believes the plant has been left to run down over the past few years.

"I think that maybe there wasn't enough done by Goodman Fielder to promote the brands, to promote the company, the sales team wasn't there. Basically, that's about it."

Mr Bratton said he believed the business could have survived under new owners, but Goodman Fielder turned that offer down.

Workers are annoyed about what has happened and he said it would be difficult for most of them to find new jobs in Hamilton.

First Union represents some of the workers and said staff were given the news at a meeting on Monday morning.

Union secretary Robert Reid said employees had put up four alternatives to the closure but the company rejected them. He said the shutdown is a tragedy for the workers.

"You'll always get a few who will be able to find work straight away but it's still a tight labour market in Hamilton and in the Waikato and we know that we'll actually be having to work very closely with our members and to provide them all sorts of assistance."

Goodman Fielder said a union proposal for a consortium to buy the meats business and continue its operation failed to demonstrate the necessary financial backing and had to be rejected.

It said the affected workers will be able to apply for vacancies at other Goodman Fielder sites and others will receive their full redundancy provisions and have access to a careers workshop.