One of the world's most elusive animals has been spotted off the New Zealand coast.

Scientists for the National Institute of Water and Atmospheric Research (NIWA) have sighted the rare blue whale, the world's largest animal, in the South Taranaki Bight. 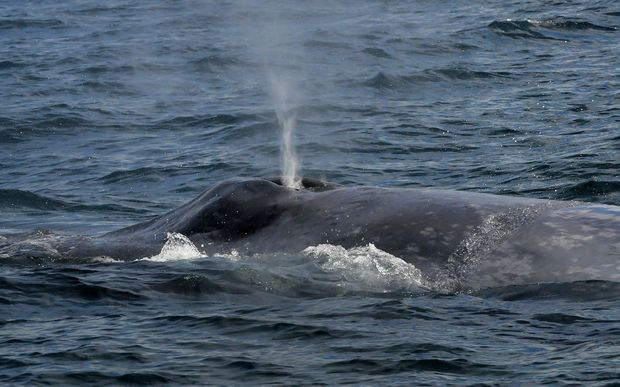 Sightings of the blue whale are rare. Photo: Deb Glasgow

NIWA marine ecologist Leigh Torres said the whales are probably foraging in the area, though it is not one of the four confirmed feeding grounds so far identified outside Antarctic waters. Dr Torres says the discovery will help determine the population of the marine mammal.

Retired marine mammal scientist Alan Baker says the sighting is significant and is a sign the whale's numbers are increasing.

Dr Baker says he hopes the find will stimulate more research into the blue whale's migration and foraging patterns.