A fatal propellor strike to a dolphin in the Hauraki Gulf has led to warnings for boat users to slow down around marine life.

The bottlenose dolphin suffered deep wounds to its dorsal fin and tail and is believed to have died from the injuries.

A Massey University PHD student who noted the death, Sarah Dwyer, says those driving boats need to keep an eye out.

"So we're just reminding boaties to slow down when they are around marine mammals. It can be difficult with the dolphins - they will approach the boats. So just drive sensibly, slow down and avoid sudden changes in speed and direction."

Ms Dwyer says it not known exactly how many dolphins die from boat collisions, as incidents are rarely reported. 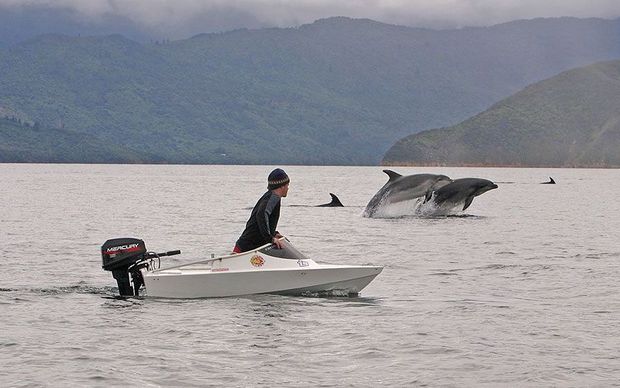