Rape Crisis has said that one of the accused in the so-called RoastBusters case was denying responsibility and trying to defend his behaviour. 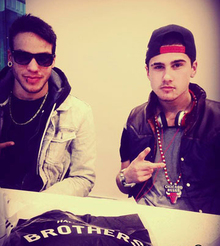 The New Zealand Herald has reported that Beraiah Hales, who is under police investigation for boasting online about having sex with drunk underage girls, has blamed the media for making him one of what he said was the most hated people in New Zealand.

The newspaper outlined a Facebook conversation with Mr Hales in which he said he was not worried about the investigation or being charged, and said that as long as he knew truth he would be fine.

Spokesperson for the Rape Crisis National Collective Andrea Black said the comments were typical of someone trying to deny responsibility.

"It is a typical response from someone who is projecting blame, defending their behaviour and denying responsibility for harm they've caused. For victims reading those comments it will be potentially distressing."