The Law Society says the fatal shooting of two children in Dunedin is an extreme case for which the justice system can't be blamed. Their father, Edward Livingstone, was being treated for mental health problems, court records show. 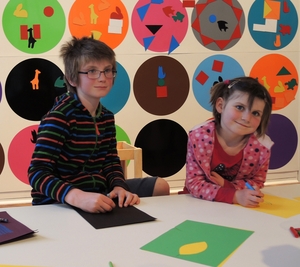 The body of the 51-year-old Milton prison worker was found at the Kiwi Street house in the suburb of St Leonards where he is believed to have shot his son Bradley and daughter Ellen, aged nine and six, late on Wednesday night.

In 2013, Mr Livingstone was prosecuted twice for breaching a protection order taken out by his 49-year-old former wife, Katharine Webb, after their marriage broke down in May. Police said he was given diversion on 7 August 2013 and on 14 September was discharged without conviction.

The court decision on the second breach shows Mr Livingstone was discharged without conviction because the judge decided it would be likely to lead to him losing his job at the prison in South Otago, and that would be out of proportion to the gravity of the offence.

The breach was a series of unanswered phone calls and a phone message in which Mr Livingstone apologised for his past actions. The decision shows he had no prior convictions, but was being treated for mental health problems in which he was not able to control his spontaneous reactions to events.

The shootings have prompted women's advocates and anti-violence groups to call for the courts to impose stricter penalties on those who breach protection orders.

The deputy chair of the Law Society's family law section, Catriona Doyle, said on Friday that Edward Livingstone must have had some history of violence for the Family Court to grant a protection order.

Ms Doyle said the judgement shows that there was nothing before the court that would have hinted at what he could have gone on to do. "It's an extreme case where a piece of paper from the Family Court which says you are not allowed to contact your ex-wife was never going to make the difference."

She said Mr Livingstone had decided to kill himself and his children - and nothing would have stopped him.

But a woman whose daughter was murdered by a man who breached a protection order says the judiciary needs to properly enforce them to protect victims of violence.

Alexsis Tovizi was murdered by her former boyfriend Nikki Roper in 2010. Cheryl Tovizi's said on Friday that Roper had twice been convicted for choking her daughter and had breached a protection order.

She said the system continues to fail women. "The reality is, women deserve to have and have the right to be protected. They've gone to the effort - and it's a huge effort to get to a protection order. She's done her part, the police have done their part by bringing them to account and the judges have let him down."

Meanwhile, police on Friday responded to a claim Mr Livingstone had threatened to kill the family in August last year and that this had been reported to police but nothing happened. Police said as far as they can tell, all reports made to police about the family were appropriately handled.

They expect a scene examination of the house to take another few days, but said the post-mortem of the victims would be carried out on Friday.

The Corrections Minister said on Friday her heart goes out to the mother and family of the children. Anne Tolley said the Government is always trying to find ways to better protect people from harm and tighten protection orders, but there are no easy answers.

"You know when someone's determined to take their own life, let alone someone else's life, it's very hard to put anything in place that would stop that if they're absolutely determined. But we certainly have been looking to see what more we can do."

Breaches of protection orders carry a maximum penalty of three years in prison. Wellington lawyer Margaret Powell said courts are reluctant to impose penalties for failure to comply with the orders, but each one should be treated as potentially serious. 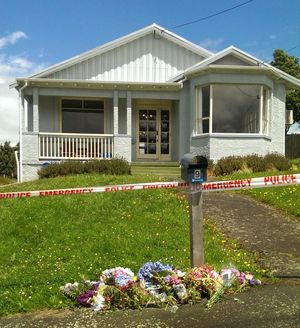 "Often there has been behaviour which is very intimidating, but on the face of it in a criminal court it's not seen as particularly serious. The difficulty of course is that often those incidents can then lead on to the more serious physical violence and the most extreme situations where women lose their lives."

Prison reform group Rethinking Crime and Punishment Spokesperson Kim Workman said a discharge without conviction isn't an appropriate response and there is a place for more severe penalties.

Jeremy Logan, from Wairarapa Stopping Violence Services, which deals with violent male offenders, said men do not always understand what a protection order is, are often angry and grieving and can start to think and act irrationally. "That is a real concern, particularly in the first month after a protection order is taken out."

Mr Logan told Radio New Zealand's Summer Report programme on Friday it's important the man has support and is monitored much more than is happening now.

"For a lot of men they don't understand what the protection order is, they're very grieving or angry because of what's happened. So their negative thinking and the actions that can follow from that can really become quite explosive."

The manager of the Waitakere Anti-Violence Essential Services says there needs to be more support for the people who are perpetrating the violence as they often have problems with anger and controlling their emotions. But Tiaria Fletcher says courts need to take a tougher position when protection orders are breached and police need to take a more consistent approach.