Prison operator Serco has apologised to internet entrepreneur Kim Dotcom for the treatment he received when he first arrived at Mount Eden prison after being arrested two years ago. 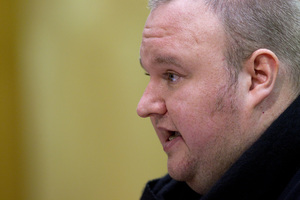 Mr Dotcom was taken to the private remand prison after his home near Coatesville was raided and was arrested on charges including copyright fraud and money laundering.

New inmates at Mount Eden prison are given new-arrival packs that should include items such as sheets, toothpaste and toilet paper.

In a short statement, Serco says that when a complaint was raised by the Ombudsman's office in 2012, it was acknowledged that Mr Dotcom hadn't received the correct issue of the new-arrival pack.

It says the issue was sorted out the next day and Serco has now apologised for what happened.