State-owned farming company Landcorp says a huge change is needed in the health and safety culture within the farming industry.

A two-year-old girl drowned in a duck pond on a dairy farm at Otapiri in central Southland on Tuesday. Police say the family and farm workers searched for her for an hour before reporting her missing just after 7.30pm. She was found at 8.40pm and could not be revived. 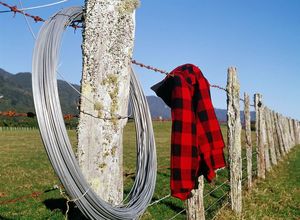 Last week, a six-year-old boy died after he became trapped by the adult-size quad bike he was driving while visiting a Southland farm.

Landcorp runs 137 farms with 700 staff and says in 2013, a person was killed every three weeks on a farm and 20,000 people were injured. Chief executive Steven Carden says the industry needs to drastically reduce those statistics.

"Too many people are getting injured or killed on New Zealand farms and we have to get past this attitude that farming is a risky occupation and that accidents will always happen. People try to be safe, but I think certainly an attitude that comes through is that it won't happen to me or I've done this for many years and therefore I'm safe."

Worksafe New Zealand, an agency that regulates health and safety in workplaces, warned that farmers must treat their environment in the same way as any other workplace due to the many dangers present.

It says there are multiple hazards on farms, such as machinery, stock and natural ones and farm owners must identify what they are and ensure plans are in place to either eliminate, isolate or minimise them.

D'Arcy Palmer was a farmer for 38 years and now provides health and safety policies for farmers. He says it is the responsibility of the owner under section 16 of the Health and Safety Employment Act to ensure that all hazards are identified and controlled.

Mr Palmer said accidents to children are preventable."It is about setting procedures and policies on farms to prevent injuries. It is a parent's responsibility to ensure the safety of their children. Children do not identify hazards - they treat it as a playground."

"Some people will not introduce procedures and policies to ensure the safety of their children. Sadly, today machinery's got bigger, it's more powerful. We have people who are inexperienced employers - they do not understand their responsibilities."

Federated Farmers' health and safety spokesperson Jeanette Maxwell says childcare services are often too far away and inaccessible for husband-and-wife farming teams - and leaving the children home alone is breaking the law and equally risky.

"It's that toss-up between you can't leave them home alone, but you can't expect your partner or whomever's working who needs a hand - that put them in a dangerous situation if you don't go and help them. So it's trying to weigh up the odds."

Ms Maxwell says while accidents are just as likely to happen in the home, children must be watched at all times when outside on a farm, which is a working environment.