The massive landslide on the Dart River is believed to have changed the colour of Lake Wakatipu.

A major landslide occurred on 4 January in an active slip area at Sandy Bluff, about 40km up the Dart River from Glenorchy, and formed a natural dam. Water has been spilling over the top of the dam into the river, which flows into Lake Wakatipu.

Queenstown harbourmaster Marty Black said the change to a more turquoise colour was very noticeable and the waterway looks more like the alpine lakes near Aoraki/Mt Cook.

"(It is) the first time in thirty-odd years I've seen it change colour like this," he told Radio New Zealand's Summer Report programme on Friday.

Mr Black said a slip also happened about a year ago, and the lake is gradually changing with the Dart River sediment coming into it. Scientists believe the colour change is likely to be temporary. 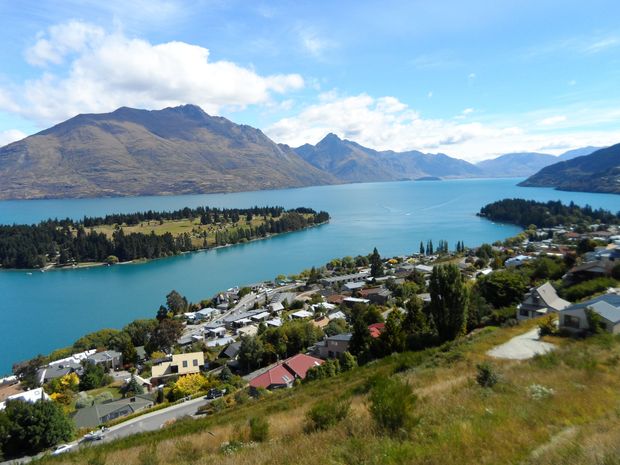 The lake formed by the landslide submerged a large part of the Rees-Dart loop track in South Westland.

More than 2000 trampers a day use the walkway at this time of year and the Department of Conservation is hoping to get it re-opened before the end of summer.

DoC Queenstown manager Chris Hankin said rangers have been bush-bashing for the past two days searching for an alternative route.

Mr Hankin said there should be a clearer picture next week of whether an alternative route can be established.