Geoff Robinson first joined the Morning Report team when the programme was introduced in 1975 and will have his last day in the job in April next year.

Announcing his retirement on air on Thursday morning, he told listeners it was time for him to enjoy some morning sleep-ins. 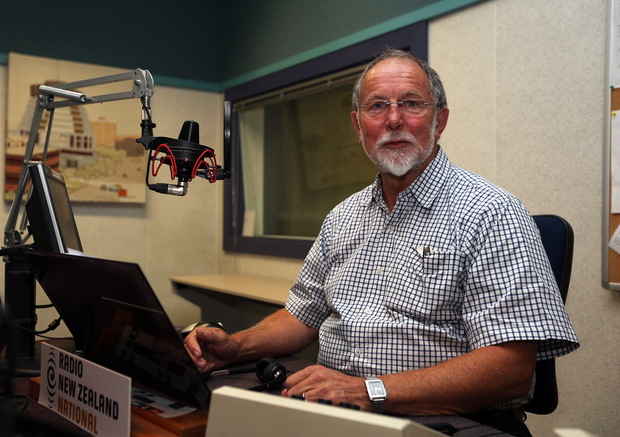 "I've been getting up and doing the breakfast session on radio for the last 37 years and I think enough is enough. It's time for me to have a sleep-in.

"So the other day I went down to the boss and I handed in my notice of intention to retire as at the first of April 2014.

He thanked co-hosts, colleagues, listeners and, voice shaking, his family for putting up with "my very unsociable hours".

"I've been interviewed by Geoff Robinson on numerous occasions in my political career. I've always found him to be extremely fair, very knowledgeable. He's been a voice that a great many Kiwis have woken up to for a very long period of time and we obviously want to wish him the very best in his retirement."

Mr Key said he would personally speak to Mr Robinson at some point.

During his career, Geoff Robinson has worked alongside 30 co-presenters, including Kim Hill who said he is an astute broadcaster. "And he was calm and thoughtful and supportive, and nothing absolutely dreadful would happen because Geoff was sitting next to you."

He joined what was the New Zealand Broadcasting Corporation in Dunedin in 1970, after emigrating from Britain five years earlier for a job in a bank.

"Geoff has been both witness and interrogator during a period of significant change in New Zealand and the world, and has calmly and intelligently helped New Zealanders understand these complex stories and issues."