Christchurch police say there may be further victims of a former senior constable who has admitted sexual assault, corruption and bribery charges.

Gordon Meyer pleaded guilty to the charges involving two women on separate occasions in 2011 when he appeared in the Christchurch High Court on Monday and will be sentenced in December. 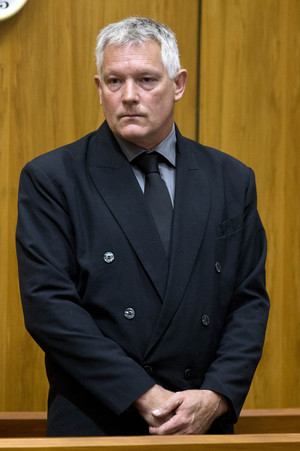 Gordon Meyer will be sentenced in December. Photo: SUPPLIED

Police have since admitted that Meyer, 45, an officer for 19 years, was investigated six years ago over indecent behaviour, but there was insufficient evidence to prosecute.

He regularly acted as a sergeant at the Christchurch police station and has resigned from the force.

The charge of corruption and bribery relates to an incident in September 2011 in which he offered to waive a charge of drink-driving against a 23-year-old woman in return for oral sex.

Meyer decided not to go ahead, due to the presence of a male passenger, but got the woman to show him her breasts and then returned to her home in the early hours of the morning.

He attempted to contact her over the next few weeks, including pulling her over again in her car. The woman, who has name suppression, said she felt like she was being stalked.

The sexual assault charge concerns an incident in April 2011 in Meyer's patrol car which involved him groping his victim, who was 18, and attempting to get her to carry out a sexual act on him.

In a statement read in court by Crown lawyer Pip Currie, the woman said she felt powerless because her attacker was a police officer. Ms Currie said Meyer continued to call the woman over a period of six months and made a sexual suggestion to her at a function that they both attended.

Following the guilty plea on Monday, a police manager in Christchurch said he is disgusted by Meyer's actions.

Detective Inspector Tom Fitzgerald said the case was not yet closed and police are keeping an open mind about the possibility there might be further victims. He said despite the case, the public and victims of sexual violence can still have faith in the police.

"I can assure that any complaint will be taken seriously and fully investigated. There is no hiding, there is no levering behind any internal investigations.

"Look, no police officer likes this type of thing - it disgusts every single one of us - but we're a big organisation, we will have these one-off people acting in this type of way."

Mr Fitzgerald said the case shows that police are not afraid to investigate their own.

An Assistant Police Commissioner, Grant Nicholls, said he is satisfied that an investigation in 2008 into Gordon Meyer over a complaint of indecent behaviour was carried out correctly.

"Unfortunately, it was not seen by some independent witnesses. When he was asked for his version of events, he denied it. So you've got a situation where basically there was insufficient evidence to pursue it in the criminal or the civil arena."

Mr Nicholls said there have been further complaints against Meyer, but these were dealt with as part of an internal code of conduct inquiry that will no longer proceed because he has resigned from the force.