Demonstrations have been taking place throughout the country on Saturday in response to a group of teenage boys who boasted online about having sex with drunk girls, some of them under-age.

Hundreds of people have attended the events from Auckland to Dunedin. 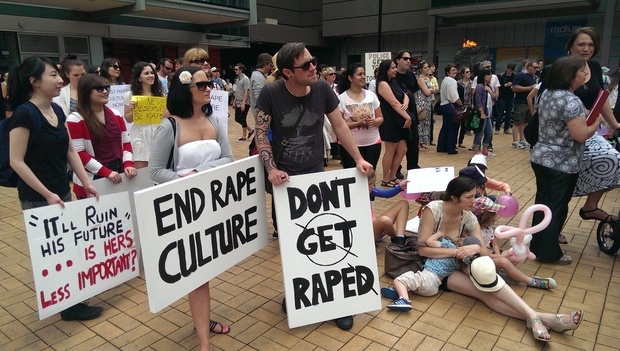 Marchers gather at Britomart at the start of the Auckland demonstration. Photo: RNZ

The gatherings were organised by an umbrella group called Bust Rape Culture Now, which comprises organisations concerned with how the Roast Busters case has been handled.

The group is also calling for better funding for rape crisis centres, a focus on rape prevention and better support for survivors. 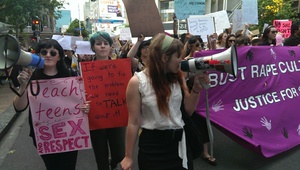 About 700 people attended a march in Auckland which began at the Britomart precinct and made its way up Queen Street to Myers Park.

Radio New Zealand's reporter there says the protesters chanted noisily as they marched, with many carrying children.

Auckland lawyer Catriona McLennan told the crowd the police and the Government are failing to keep women safe.

Ms McLennan said the police should have taken much swifter action to investigate the group and warn the potential victims and their parents.

She said it is time for the Government to appoint a woman police commissioner. 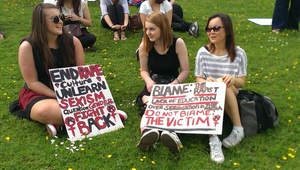 Rape survivor advocate Louise Nicholas told the crowd that while police attitudes towards rape victims have improved, there is still much work to be done.

"They need to get it right this time, so take the time to do it properly and I believe we will end up with a police force that could quite possibly be world leading in terms of dealing with survivors of sexual violence," she said.

About 300 people attended a march in central Wellington, which halted traffic through the central city.

Another 200 people turned out to a march in Dunedin. One of the Dunedin organisers Anna Kristy Munro, from Rape Crisis, says the Government has a responsibility to provide extra funding to help make it easier for rape survivors to come forward.

"We're trying our hardest to support these women and I think that the more money our services have, the better we are able to do that and that will, I guess, increase the number of women coming forward," she says. 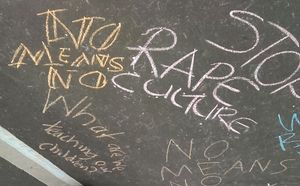 Events were also held in Christchurch and Palmerston North, and a march in Hamilton was due to take place on Saturday evening.

Speaking from Sri Lanka where he is attending the Commonwealth Heads of Government meeting, Prime Minister John Key said he was not surprised by the turnout at the marches.

"The behaviour is just unacceptable on so many different fronts. The challenge I don't think for us as a country is understanding it, the real test is how do we make change to resolve some of these issues," he said.

Mr Key said the issue is about educating people to not engage in behaviour that is totally unacceptable.

He said the public should wait for the outcome of the Independent Police Conduct Authority's investigation into the police handling of the case before passing judgement on that.