The Reserve Bank will consider exempting low deposit borrowers from new mortgage restrictions if they are building a new home.

House prices are continuing to rise, while builders argue that restrictions on bank mortgage lending to people with deposits of less than 20%, which came into effect on 1 October, have choked off a much needed lift in house building.

However, the central bank on Wednesday defended its measures to rein in prices and remains confident that high prices will ensure that more homes are built. 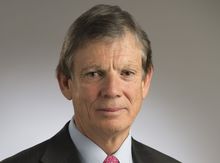 In its latest twice yearly Financial Stability Report, the Reserve Bank said the financial system remains sound, but warns rising household indebtedness and soaring house prices in Auckland could cause severe financial stress if there is an economic shock to the country.

Measures introduced to reduce the threat from housing prices include restrictions on low deposit loans and forcing banks to hold more capital against riskier loans.

The controversy over the new restrictions to cool Auckland's over-heated housing market and protect the financial system shows no signs of abating.

Reserve Bank governor Graeme Wheeler said there are signs the changes are having an effect, but it is too early to assess whether they will cool the housing market.

"There was a slowdown in housing loan approvals in October and a reduction in house sales but one shouldn't read too much into this at this point."

Mr Wheeler said a significant slowdown in China remains a possibility, given its cooling economy and the potential growth in bad debts weighing on its banks. He said there isn't an immediate risk of the housing market collapsing in New Zealand, and measures such as restrictions on low deposit loans would dampen the effect of any offshore disruptive shock.

Though builders warn the construction of new homes in Auckland is in danger of stalling, Mr Wheeler is unconvinced, saying demand remains robust enough to ensure more houses will be built since loans to build a home account for less than 5% of new lending.

However, he conceded that the rules could change for people wanting loans to build houses and the Reserve Bank would look at whether an exemption is warranted and continue to monitor the situation.

"But at the moment, this is a very small part of total housing lending and housing starts are growing quite strongly at this point."

The bank's deputy governor, Grant Spencer, said banks have cut back hard on new lending and once things settle down there is scope for them to resume lending for new house building.

In its review, the Reserve Bank said high levels of debt in the dairy sector was also a risk, along with New Zealand's indebtedness to the rest of the world.

The Master Builders Federation says people are walking away from building their own houses, because new low deposit lending restrictions may mean they can't sell their current homes.

Federation chief executive Warwick Quinn said customers are worried that the house-buying "chain" they are part of may collapse if one of the buyers is affected by the Reserve Bank's restrictions.

Mr Quinn told Radio New Zealand's Nine to Noon programme on Wednesday there has been about a 30% drop-off in house building inquiries since the rules came into force in October.

He said even those who would normally be considered fairly financially secure are worried about committing to build their own homes.

One of New Zealand's largest builders says the Reserve Bank's measures to rein in house prices are already having an effect on the industry and need to be reversed.

Reserve Bank governor Graeme Wheeler says if the new restrictions start to hurt, they could be eased for loans on new homes.

But the managing director of GJ Gardner Homes, Grant Porteous, says the effects of the new threshold are already showing.

Mr Porteous says there has been an immediate downturn in inquiries about building new homes and leads, which turn into sales, are 30% down. He says this will result in a hole in new builds in four to five months' time.

On average, household debt is now 146% of disposable income - not much below the 153% peak it reached as the financial crisis began in 2008.

The bank is concerned some borrowers will find it difficult to service their debt as interest rates begin to rise and is signalling a two percentage point increase in interest rates by 2016.

It said excessive increases in house prices mean that if house prices fall, high debt levels could cause significant distress for householders.