Principals say their schools have had to cut budgets and go into debt because of the cost of commissioners appointed by the Ministry of Education.

The Government has ordered a review of its interventions after complaints that Mike Eru, the commissioner of Moerewa School in Northland, has been earning nearly $150,000 a year to run the school part-time. 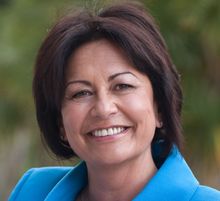 About 70 schools of 2500 are being run by commissioners or statutory managers. Critics say that because the commissioners themselves decide how long to stay in the job, they have no incentive to fix the problems at the schools.

Schools have to pay for statutory interventions like commissioners if the Education Ministry thinks they can afford it. Commissioners get about $100 dollars an hour and schools also have to pay their travel expenses, though in some cases the ministry will pay.

Principals of schools that had commissioners until recently have told Radio New Zealand News on Wednesday they struggled to meet the bills.

Kaingaora Forest School principal Mike Jones says it was difficult to clear thousands of dollars worth of debt after being forced to pay for a commissioner to take over.

Mr Jones says the 37 Maori students at the small school near Rotorua missed out, as the school had to cut back on equipment and books to pay off the $27,000 debt.

He told Radio New Zealand's Checkpoint programme on Wednesday the school's board of trustees was dismissed in 2011 because it was struggling and it had to pay for its replacement.

He says the commissioner did a good job for the 18 months he was there and was on about $100 an hour but the school struggled to pay his bills - even though the ministry covered most of the cost.

"It was terrible because the following year we had to get out of that debt, and that meant taking money out of resources. We didn't buy any learning resources, like mathematics equipment."

Mike Jones believes the Education Ministry should have paid the whole bill, instead of leaving the debt to a school that was already spending from pay cheque to pay cheque.

The Principals Federation says schools should not pay, but the School Trustees Association says the cost is a deterrent.

Education Minister Hekia Parata says the review of the use of commissioners in schools will look into the length of time they stay in the job.

Ms Parata has asked her ministry to review the way that interventions are managed. She says commissioners are sent in only if the school's board of trustees cannot manage and it is timely to see if their role can be improved.

The minister told Radio New Zealand's Morning Report programme that commissioners can be put in schools for as little as two to three months or, in the case of one Auckland school, as long as 11 years.

Ms Parata says 11 years is too long and the review will look into whether commissioners' terms should be shorter and what impact that would have on the community.