The Labour Party has condemned a radio interview by one its high-profile members about a group of young men who have boasted about having sex with intoxicated young women, some underage.

Police say they have been monitoring the West Auckland group since 2011 but have not been able to lay charges because of a lack of evidence, despite one of the girls laying a formal complaint. 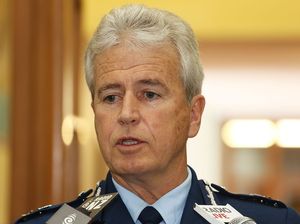 RadioLive hosts Willie Jackson and John Tamihere are being strongly criticised for the way they interviewed a young woman about the young men she said she knew from school.

In the interview, the broadcasters described the online bragging of the young men about having sex with drunk and underage young women as "mischief". They also asked the caller how free and easy young people are these days.

Jackson and Tamihere have since apologised for causing offence.

Mr Tamihere, a former Labour minister, rejoined the party in 2012 and has indicated that he would like to return to Parliament.

The party's president, Moira Coatsworth, said on Friday that, like many people, she was outraged by the interview.

"We're certainly getting expressions of concern from people and we'd certainly strongly condemn the behaviour that's been reported about the interview of this young girl. So if we receive formal complaints, then we have an internal complaints process and we'll be following that up."

Meanwhile, questions continue to be raised over the way police investigated complaints about the group, with Police Minister Anne Tolley asking the Independent Police Conduct Authority on Thursday to assess how the process has been handled.

On Friday morning, Police Commissioner Peter Marshall said a formal complaint made in 2011 has been thoroughly investigated and dealt with, but another three girls who reported assaults since then don't want to make formal complaints.

Mr Marshall said the parents of two of the young women did not want their daughters to go through the police process. He said police can't go further without any more formal complaints.

At least 10 companies have pulled their advertising from RadioLive over its coverage of the issue.

Telecom, Vodafone, Briscoes, Countdown, ANZ and Yellow have suspended all their advertising on Radio Live for the foreseeable future. Noel Leeming, AA Insurance, Freeview and the Mad Butcher have pulled their campaigns from just the Willie and JT show. ANZ, AA Insurance and Yellow all made the decision on Thursday, the others did so on Friday.

The Wellington blogger helped to spark the exodus of advertisers says he wants Willie Jackson and John Tamihere taken off the air. Giovanni Tiso was so offended he began contacting the station's advertisers and says it would send a powerful message if they were removed.

"That was the idea behind it, for me, don't allow them to just become comfortable for a couple of days, at least for this week fret a bit, then it's up to campaigners, social activists to keep the issue in the spotlight."

Mr Tiso says the broadcasters are enabling a culture which leads to the sort of behaviour boasted about by the Auckland men.

A school attended by one of the young men who made the online boasts says police investigated an incident at a teenage party last year.

Ms Hutchinson says he was part of an allegation involving an incident at a party, which police told the school about in April 2012.

She says the school cooperated with police and tried to support the family of the young teenager who made the allegation. Beraiah Hales left the school the following month.

Ms Hutchinson says she is confident the school has strong counselling support for its students.

An advocate for social justice says improvements need to be made to police or legal systems to encourage victims of rape and sexual assault to come forward.

Marama Davidson of the women's group, Te Wharepora Hou, says the single formal complaint made against the Roast Busters group of shows how the systems inspire very little confidence in assault victims.

"Whether it's problems with the police system or with the legal system, it certainly doesn't inspire courage or confidence in any young person, or any person, who has suffered from any form of sexual violence."