A former judge of the Supreme Court and Court of Appeal thinks the trial of the Lombard directors would never have happened if new law reforms had been enacted sooner.

Sir Edmund Thomas was commenting on the conviction of four directors of the finance company, including a former Attorney-General, Sir Douglas Graham. 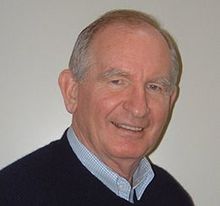 But Sir Edmund, who has retired, says they should not have been put on trial.

Sir Edmund says the courts accepted that the directors had no intention to deceive, but were found guilty under principles of strict liability that have since been reformed.

In an academic article for New Zealand Business Law Quarterly and leaked to the media, Sir Edmund labelled their convictions as the worst miscarriage of justice he has seen. He said nothing in the prospectus was untrue, but the document was labelled untrue because of the information omitted.

Roger Wallis, a corporate expert from Chapman Tripp concurs with Sir Edmund, saying Sir Douglas and the others were convicted under a law from 1978, which has since been overturned.

However, Sir Edmund's comments have been criticised as inappropriate by Law Society president Chris Moore.

"They violate what we regard as pretty much a basic protocol which is that you don't criticise the judges, because the judges are in the invidious position of not being able to defend themselves. So it's pretty difficult for the judges to be put in that position."

Mr Moore says as a retired judge, Sir Edmund of all people should have been aware of this.

Attorney-General Chris Finlayson said on Friday it was not appropriate for former judges to speak out and Sir Edmund has developed a reputation as a knight in shining armour.

"He can't escape criticism by saying, 'I'm an academic' now'. He is a former long-serving judge of both the High Court and the Court of Appeal and he also served, on a temporary basis, on the Supreme Court. It is inappropriate and it is very, very unfair to the Court of Appeal."

In October this year, the former directors were granted leave to appeal against their sentences.