Police Commissioner Peter Marshall insists police systems have not failed over the handling of allegations of sexual assault on girls in Auckland by young men who boasted about what they did on the internet.

Police Minister Anne Tolley was forced to defend her ministry in Parliament on Thursday, following her decision to call in the Independent Police Conduct Authority over the police's handling of the case. 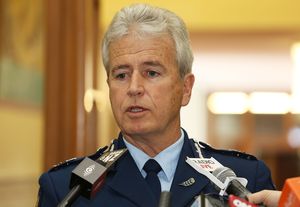 Police acknowledged to Radio New Zealand's Morning Report programme earlier in the day that they received four complaints from girls about the Auckland group of 17- and 18-year-old men calling themselves Roast Busters who boasted online about sex with drunk girls.

The girls who came forward between 2011 and 2012 were aged 13 to 15. One of them made a formal complaint and underwent an evidential video interview. However, police are adamant they did not have enough evidence to prosecute.

Until Wednesday night, police said they had received no formal complaints about the group and had appealed for victims to come forward.

Anne Tolley said she still has confidence in the police, but the independent investigation is needed because she has not been given the full facts of the case, particularly over the questioning of a 13-year-old girl in 2011.

Mrs Tolley summoned the Police Commissioner to Parliament on Thursday morning and said she was disappointed that the facts had not been available to herself or Mr Marshall.

After the meeting, the minister said Mr Marshall had assured her that a thorough investigation has been ongoing, but because the information has come out piecemeal, there will be concern from parents over whether the inquiry has been carried out correctly. 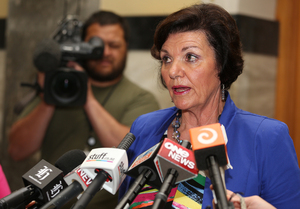 "The last three days has been poorly handled. If we'd had the information right at the beginning that there had been a formal complaint from one of the girls involved, that there'd been an investigation ... we wouldn't have been standing here today."

The minister said the parents of young girls need to have confidence that complaints to police about sexual assault are investigated thoroughly and appropriately. She expects the IPCA to treat the investigation as urgent.

In the House on Thursday, Mrs Tolley told MPs she was disappointed to find out via the media about the formal complaint against the group.

Peter Marshall said police systems have not failed regarding the handling of the case. Officers have spoken to three other girls in the past two weeks, but they are reluctant to make a formal complaint against the young men.

"And indeed a couple of the parents are suggesting that the police should not approach the daughters again. So we want to encourage the parents to say to the daughters, come along, let's sit down and take it to the extent that's possible."

The head of the Criminal Investigation Bureau is going to Auckland to oversee the investigation, he said.

The Independent Police Conduct Authority believes this is the first time the Government has asked for an investigation before an external complaint has been made.

The Labour Party said heads should roll within the police if information was intentionally withheld from the minister. Police spokesperson Jacinda Ardern said the public and the alleged victims deserve to know more about the police's handling of the case.

New Zealand First leader Winston Peters said the case has exposed a failure to act by police and the response in Parliament so far hasn't been good enough.

Assaults 'could have been prevented'

A rape survivor advocate says police could have prevented many sexual assaults on young teenage girls if they had acted sooner.

"It's extremely disappointing to find out that women were actually in fact stepping up to make complaints and they have not been investigated properly.

"Had these investigations been taken seriously, and had these women been treated with respect from the get-go, then maybe this wouldn't have gone on for as long as it has been."

Ms Knowles said the reports created a pattern of evidence.

Campaigner against sexual violence Louise Nicholas said it is frustrating to hear that nothing was done after the four underage girls came forward and there needs to be an inquiry into the way police have handled the case.

Evidence not enough for prosecution - police

Waitemata District Commander Superintendent Bill Searle says officers told him earlier this week that no-one had complained formally but he discovered on Wednesday that was not the case.

He said when he saw a girl interviewed on television's 3 News on Wednesday saying she gave an evidential video he realised that did constitute a formal complaint.

Superintendent Searle told Morning Report on Thursday that three girls came forward in 2011 and one in 2012.

"I can confirm there are four, that's the initial core group. There are some other girls we are contacting and talking to - but we wouldn't class them to have come to the stage where they have made either a formal or informal complaint."

He said police may find the actions of the Roast Busters group immoral and repugnant, but they must work within the constraints of the law. "If there's not evidence to the standard required we cannot progress those cases to court."

Superintendent Searle later told Radio New Zealand's Nine to Noon programme that two of the boys from the Roast Busters group have spoken to police this week and, based on that information, police had executed a search warrant and seized some items.

The 15-year-old girl who gave the television interview said she had complained to police in 2011 of a sexual assault by members of the group when she was 13. She said she was subjected to police questioning about her clothes, which they told her meant she was asking for it.

Mr Searle said he was distressed at any suggestion that this took place and his review of the case will look carefully at what was said by officers. "Certainly that is not part of our policy and certainly we wouldn't condone any such activity if that is what occurred."