The Government has announced the World of Wearable Arts event will receive almost $1 million to help raise its international profile. 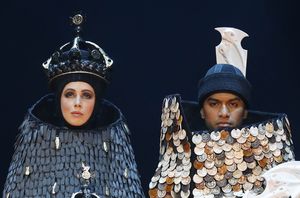 The Exchange won the supreme award this year. Photo: SUPPLIED

Economic Development Minister Steven Joyce says WOW will get $900,000 from the Government's $10 million Major Events Fund to help it grow to the next level.

World of Wearable Arts founder Dame Suzie Moncrieff says it is exciting to be able to share the creativity and inspiration of the event around the world.

Christchurch sisters Tatyanna and Natasha Meharry's entry The Exchange won the supreme award at this year's event in September.