The Department of Conservation is recommending increasing aircraft landings on West Coast glaciers from four a day to 25.

DoC has presented proposed changes to the Westland National Park Management Plan to the West Coast Conservation Board. 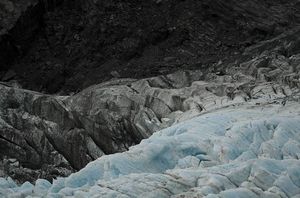 The review aims to address access problems in the Franz Josef and Fox glacier valleys. It drew 80 submissions after it was publicly notified last year.

At public hearings held in Hokitika in April, former Conservation Board member Andy Dennis said the national park should be preserved as far as possible in its natural state.

He said allowing vehicles and greater numbers of visitors would make that impossible.

DoC says after considering the submissions, it will allow for the construction of a route from the car parks to the glaciers and 25 aircraft landings a day at each of the heli-hike sites.

It also recommends allowing 450 guided clients daily on each glacier.

The New Zealand Conservation Authority will present its recommendations to the Minister of Conservation for a final decision.