The killer of 13-year old Jade Bayliss has been told he had been on the brink of becoming the first person in New Zealand history to be sentenced to life with no hope of parole.

Jeremy McLaughlin, 35, was on Wednesday sentenced to life with a non-parole period of 23 years.

At the High Court in Christchurch on Wednesday, Justice Panckhurst told McLaughlin that it is without doubt his crime warrants life in prison. 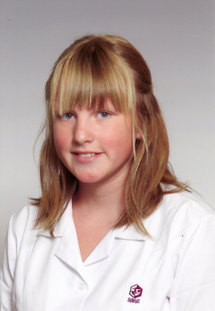 In 2011, McLaughlin strangled Jade Bayliss in her Somerfield home before setting it alight in an attempt to hide the evidence.

Justice Panckhurst also referred to McLaughlin's previous manslaughter conviction for killing a 15 year old boy, Philip Vidot, in Perth in 1995 and said his refusal to acknowledge his crimes was very disturbing and the evidence of his demeanour the day he killed Jade Bayliss was chilling.

He referred to psychiatric reports that found McLaughlin glib, unemotional, superficial and with a tendency to blame others, and told Mclaughlin he was on the brink of becoming the first person in New Zealand history not to be granted a parole period at all.

As McLaughlin was stood down to go back into custody, a Bayliss family member yelled out that McLaughlin should hang.

Crown Prosecutor Brent Stanaway had urged the court to impose life without parole, which became legal in 2010.

He said the circumstances of the crime fitted the requirements of the sentence.

But Justice Panckhurst told McLaughlin 23 years would be a sufficient sentence to make him accountable for his crimes.

McLaughlin will be almost 60 before he is released.

McLaughlin was denied a chance to read a letter to the Bayliss family in court today, with Justice Panckhurst deeming it too inflammatory, and expressing doubts that the defendant was even capable of being rehabilitated.

Earlier, Jade Bayliss's mother Tina Bayliss, read her victim impact statement , saying if it wasn't for her other two children, she would not have been able to keep going.

Mrs Bayliss told the court she thinks about Jade every day and described the 13-year old as the apple of her eye.

The police in Christchurch knew of the previous conviction for the 1995 manslaughter of Perth teenager Philip Vidot but because of privacy laws, did not inform Jade's mother despite her attempts to have a restraining order laid against him.

Tina Bayliss said once she learned of McLaughlin's previous conviction, she blamed herself and had, at times, lost her will to live.

She said she recently returned from Perth visiting the Vidot family.

Jade's father Gary Bayliss said in a statement he has been unable to grieve because his heartbreak and anger has been so great.

The public gallery was packed full of members of the Bayliss family and their friends.