Mark Lundy's supporters say their next step will be to get him released on bail.

The Judicial Committee of the Privy Council in London has quashed Mr Lundy's convictions for murdering his wife Christine, 38, and their seven year old daughter Amber in their Palmerston North home 13 years ago. It has also ordered a retrial. 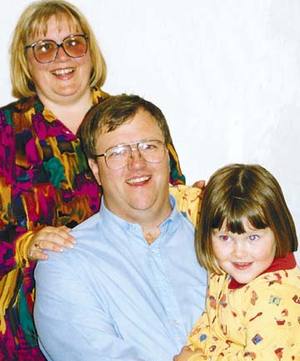 Mr Lundy's sister Caryl Jones, her husband and another supporter, Geoff Levick, met with the 54-year-old in Rangipo Prison on Tuesday.

Mrs Jones says a bail application is being worked on that could be ready to be filed within 24 hours.

"Hopefully he'll get bail and we seem to think that because there was a precedent set with David Bain we should have him home soon, hopefully soon."

Mr Levick says: "Where he will go, there are some options, but I'm not quite sure what option will be taken.

"In the Bain case they also recommended that he be held in custody and he was bailed within five days. That's just one picture. Could well be that he remains in custody until the retrial."

Mrs Jones's husband Dave Jones says the fight to get the case to the Privy Council shows the justice system here needs to change.

He says the way his brother-in-law's case has been handled by the justice system is a good argument for setting up a new agency with the job of exposing miscarriages of justice.

Mr Jones says the cost of the legal fight, the question of disclosure of evidence by the Crown and the nature of the appeal process all cause real problems.

"The appeal has to be held within 12 months. Now a case as complex as this one of Mark's, you just cannot get all the information for an appeal sorted ... inside that 12-month timeframe."

But Justice Minister Judith Collins says the country has a robust appeals process and a new agency would not extinguish debate about alleged miscarriages of justice.

Ms Collins says it would still have to refer any cases back to the courts.

She says the Labour Government considered setting one up a in 2006 but didn't go ahead.

A man living in the Karamea Crescent house where Christine and Amber Lundy died, Jamie Harris, says the community is close and the Privy Council outcome brings the whole affair back for them.

He also says it puts pressure on the Crown to get a result in a retrial.

Crown says too early for date

Crown Law says it is proceeding on the basis that a retrial will go ahead.

It says it is far too early to comment about a date or location for a retrial.

A family friend of Mrs Lundy, Christine Lockett, says the news is devastating for the families and is hard to comprehend, as they had expected Mr Lundy would have to complete his minimum 20 years in jail.

She says it was painful and horrific for the family to have to deal with the original trial and a retrial will force them to relive the whole experience again.

But a Mark Lundy support group called FACTUAL, which helped get the appeal to the Privy Council, says it is very thankful the council has recognised what it calls the severe miscarriage of justice.

The Crown says the Privy Council's decision is in no way a suggestion that his trial in 2002 was unfair.

The Privy Council said the board considered Mr Lundy's convictions for the 2000 killings were not safe, with reputable people challenging the Crown's case.

The Crown says in a statement that the Privy Council did not express any opinion on whether it or the defence evidence should be preferred, saying that was a matter for the jury at the retrial.

And the Prime Minister says the decision does not mean there is anything wrong with New Zealand's judicial system. John Key says the Privy Council has considered the matter very carefully.

"There's been two very high profile cases now where the Privy Council has essentially sent them back to the courts, being David Bain and now Mark Lundy.

"Does that mean there's something wrong with our judicial system? No. It means that the final appellant court has decided that, for whatever reason, there is a case to go and relook at the evidence that's been presented and the findings of the New Zealand court." 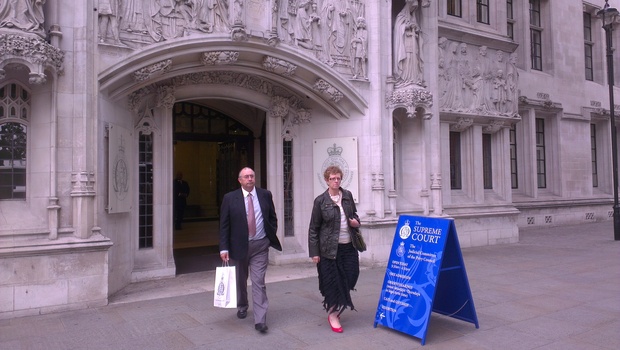 But one of Mark Lundy's lawyers, Malcolm Birdling, is calling for a commission to review criminal cases, saying systems in New Zealand for remedying miscarriages of justice are woefully deficient and it is time the country thought about having a review.

Mr Birdling says such cases are happening far too often and the processes in New Zealand at the moment are simply not up to it.

He says a criminal cases review commission independent of the Government could examine how appellants' cases could be heard more quickly.

Police Assistant Commissioner Grant Nicholls says police will discuss the judgement with Crown Law and the Crown Solicitor to determine the next steps.

He says the discussion is likely to include evaluation of what evidence needs to be prepared and the availability of witnesses.

Malcolm Birdling says Mark Lundy is happy and thankful his conviction has been quashed.

Mr Birdling says the ruling is just one step on a long road, and bail for Mr Lundy will be discussed in the coming days.

He says a jury has never properly tested the evidence and Mr Lundy is happy that can now happen, although a time and location for any retrial is still some time away.

He says the delay in getting the case to the Privy Council has been incredibly frustrating.

Mr Lundy, 54, was arrested six months after the killings and jailed for 17 years after being found guilty.

The Crown's case at the trial was that Mr Lundy drove from Petone in Lower Hutt to Palmerston North and back in three hours and committed the murders in that time.

In 2002, the Court of Appeal threw out his case and increased his minimum non-parole period to 20 years.

The Privy Council in London heard a three-day appeal against the convictions in June.

Mr Lundy's legal team submitted that the time of death was established by examination of stomach content - a method it said was internationally discredited as bad science.

The Privy Council said the test for a conviction was if it was safe and it considered that it was not, with reputable people challenging the Crown's case.

It found the method used to test the speck of brain tissue found on Mark Lundy's polo shirt, which the Crown said was from Christine Lundy, was controversial and there was reason to doubt its accuracy.

It also said since the trial, a "welter of evidence" from reputable consultants has cast doubt on the methods the Crown had relied on to establish the time of death based on the contents of the victims' stomachs.

It said the differences between the experts provided by the defence and Crown were so profound that they could only properly be resolved by trial in a suitable and searching inquiry.

The man who fought to overturn David Bain's murder convictions says the Lundy case shows again that an independent body is needed to review potential miscarriages of justice.

Mr Bain is awaiting compensation for the 13 years he spent in prison before his Privy Council hearing and subsequent acquittal of having killed his five family members in Dunedin in 1994.

He says it is too hard for someone to fight their case from prison when the Governor General and the police effectively determine whether the original conviction is accurate.

A criminal lawyer says before any agency was established to expose miscarriages of justice, it would need to be considered in detail.

Jonathan Krebs, who is also the convener of the Law Society's Criminal Law Committee, says he supports setting up an agency, but its scope would need to be fully investigated.