A prison officer working alone at Auckland's private prison had their teeth knocked out, the Corrections Association says. 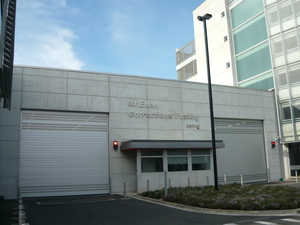 Association president Beven Hanlon said 12 out of 20 new recruits employed in the past two months had left their jobs because of security fears, and it was encouraging prison officers not to enter prison wings alone if they did not feel safe.

"While they're in there working on their own, we've had staff knocked unconscious, we've had others get their teeth knocked out, a fair number of them attacked with the phone - just anything prisoners can get hold of, the staff get attacked by these prisoners," he said.

Mr Hanlon said officers were not replaced when they were sick, which meant there were even fewer people on and officers could not do their basic day-to-day duties because of the lack of staff. A remand wing of 45 prisoners sometimes had just one officer, he said.

Union representatives had started circulating a petition signing up prison guards who did not feel comfortable working on their own inside the prisoner wings.

The prison is run by Serco, which said the Mt Eden Correctional Facility had been rated in the top three prisons for safety.

Serco operations manager Scott McNairn rejected the association's claims officers had been knocked unconscious or attacked with a phone, saying there had been only two serious assaults on staff in the past year.

Of those, only one occurred when an officer was working alone, and had been against training and protocol.

Mr McNairn said the number of assaults at the prison was trending downwards.

He would not comment on the association's figures on staff turnover but said three of 12 officers taken on at the Mt Eden facility in August had resigned, all for personal reasons.

He came to New Zealand in 2009 to talk to inmates about private prisons and made a submission to the Justice Select Committee.

Mr Collins said it was important both prison officers and inmates felt safe. He said 98% of the prisoners were eventually released back to the community and any cost cutting or shortages would affect how well they fitted in.

Labour Party corrections spokesperson Jacinda Ardern said Serco was using about 100 fewer staff at Mt Eden than the association claims are needed to run the facility.

"Simply put, Serco is trying to save money by having fewer Corrections officers on the job, and that's putting prison officers' lives and safety at risk," Ms Ardern said.

The remand prison houses high security prisoners and was previously run by the Department of Corrections.