Air New Zealand says it was a full emergency when one of its planes lost cabin pressure and the pilots had to rapidly drop altitude.

The Boeing 737-300 plunged from 33,000 feet to 7,000 feet while flying from Wellington to Auckland on Friday morning, with oxygen masks dropping automatically. 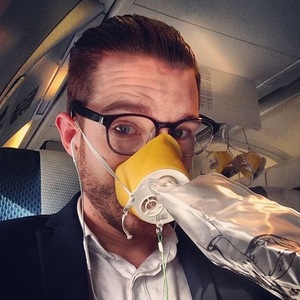 Flight NZ414 was over Raglan, with 76 passengers and five crew aboard, when the pressure dropped.

The Transport Accident Investigation Commission has seized the plane and will study its flight recorders.

"It's not a dangerous situation but it's one that has be executed quite quickly in order to get the cabin down to a safe altitude so that people can remove their oxygen masks.

"There's a limited time of oxygen, about 12 minutes. You need to get down in a reasonable time. In this case it took about five or six minutes for the aircraft to descend." 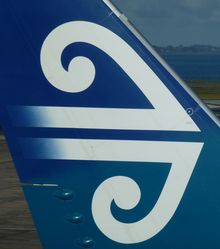 The plane landed in Auckland without further incident and has been taken out of service.

Mr Morgan says the airline's 10 other 737-300s will keep flying unless a wider problem is found.

He says he can't remember the last time something like this happened on an Air New Zealand flight.

There were 76 passengers and five crew on board the aircraft.

Two Transport Accident Investigation Commission investigators are investigating the plane, which is at Auckland Airport.

He says the jet will undergo a full assessment to try to find out what happened and why.

One of the passengers, Codey Jervis, says the masks dropped suddenly and a message repeated to put them on.

"You could tell people on the aircraft were quite disturbed and upset but everybody kind of remained calm and the staff were really good in reassuring everyone."

Another passenger, National MP Claudette Hauiti, described the rapid descent as a drama but praised the crew.