The New Zealand Post book awards have been won by a fiction entry for the first time since 2009, with a novel judges say is "as big as the music at its heart".

The Big Music by Kirsty Gunn tells the story of John Sutherland, who is dying and at the same time creating a musical composition that will define his life. 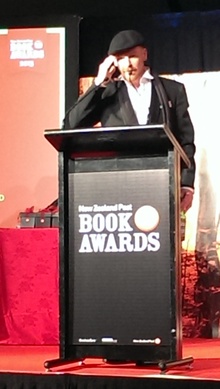 Other winning entries in the awards include Civilisation: Twenty Places on the Edge of the World by Steve Braunias, in the general non-fiction section.

The poetry section was won by Anne Kennedy with The Darling North.

And the Peoples Choice went to Patched: The History of Gangs in New Zealand, by Jarrod Gilbert.