GNS Science says it wouldn't be surprised if there are more eruptions at White Island in the next few days.

An eruption at 10.23 Tuesday blew steam and a small amount of ash 4 kilometres into the air.

GNS Science says activity on the island has returned to normal and the risk from further eruptions is limited to people on the island or in nearby boats. 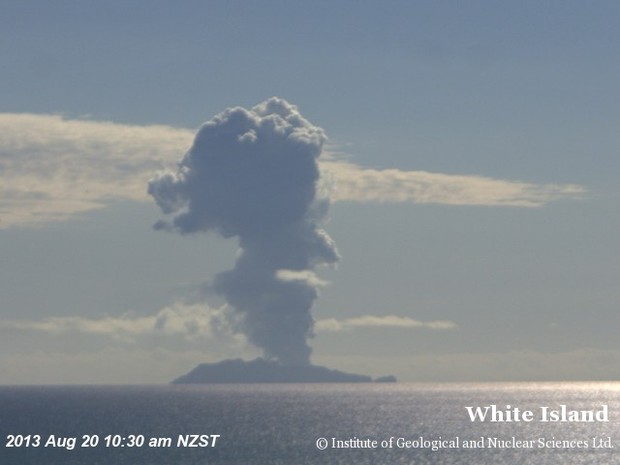 The aviation alert level has been reduced from red to orange, indicating volcanic unrest.

GNS volcanologist, Nico Fournier, says it it is possible there will be more eruptions in the next few days but there is no indication a bigger one is on the way.

But he says so far there is no evidence that is the case.

Whakatane mayor Tony Bonne said people there are used to eruptions and this is one of the smaller ones they have experienced.

A tour boat and a helicopter were visiting White Island when the eruption happened.

Marketing manager of White Island tours Patrick O'Sullivan says the three crew and 17 passengers on the boat noticed an increase in steam as they arrived at the island on Tuesday morning and did not land.

They then saw a burst of steam, some ash falling down and possibly some rock.

Mr O'Sullivan says his company is getting in touch with a tourist helicopter firm operating in the area to check if it needs help.