Nearly 2000 people were at Auckland town hall on Monday night to protest against the impending passing of the GCSB bill.

Lawyers, academics, policitians and activists all voiced disquiet about the legislation that will allow the Government Communications Security Bureau to spy on New Zealanders.

A number of those attending felt Prime Minister John Key was trying to mislead the public about the need for increased spying powers.

One of them said there had not been any kind of terrorist attack in New Zealand that would justify such an instrusion into people's privacy. 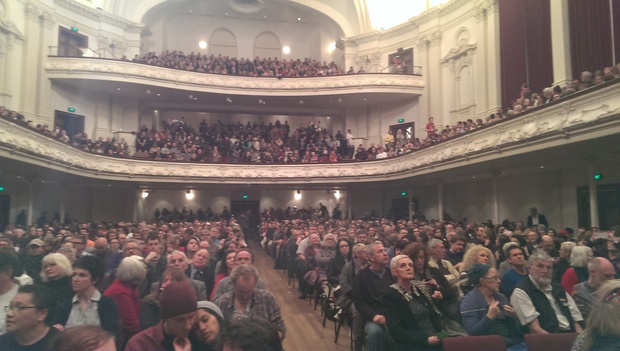