A former board chair at Pamapuria School says children could have been protected from paedophile teacher James Parker three years ago if the Education Review Office had been more vigilant.

Parker, who was the school's deputy principal, was sentenced this week to preventive detention with a minimum of seven years in prison and lifelong parole for abusing 20 boys between 1999 and 2012.

Ian Bamber says ERO reviewed the school in 2010 and gave it a glowing report, praising the leadership of the principal Steven Hovell, who has since been sacked. 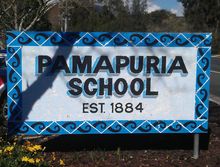 He says ERO was given the board's confidential minutes, including a 2009 letter from police warning the school not to let Parker take boys home.

However, he says the reviewers never read the letter, which was still in its envelope, and never knew the principal and board had failed to act.

ERO says the reviewers were not alerted to any need to open the letter because the minutes said the police investigation of Parker was over and the boys involved had retracted their allegations against him.

Police have since discovered that Parker influenced the boys and their families to withdraw their statements.

Mr Bamber says he too failed to read the police letter because he never asked to see the former board's confidential minutes when he became chairman in 2011.

He says he deeply regrets that.

However, he says if ERO had read the letter in 2010, the Ministry of Education would have become involved and Parker could have been stopped in his tracks.

The New Zealand Teachers Council says it too would have investigated the school if the police had alerted it to their letter in 2009.

Parker cannot be released from prison until authorities are convinced he longer poses a risk to pubescent boys.

Through his lawyer, he offered an apology at Thursday's sentencing to the boys he abused and the Far North community.

He urged the boys not to feel any sense of shame for what had happened, saying the shame was all his and he was determined never to harm a child again.