Russia, Kazakhstan and Belarus have imposed the ban on Fonterra milk products, with the New Zealand Government blaming a contamination scare. 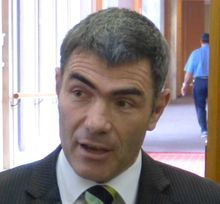 Fonterra announced on 3 August this year that 38 tonnes of its whey protein used by other manufacturers, including infant formula, was contaminated with a bacteria that can cause botulism. The whey protein was tainted by a dirty pipe at the company's processing plant in Waikato in May 2012.

The office of Trade Minister Tim Groser confirmed on Tuesday that the ban has been imposed by Russian authorities and that Kazakhstan and Belarus followed Russia's lead due to trade agreements between them.

A report by Russian news agency Interfax said the restrictions were imposed by the country's food safety watchdog as a precaution because it was not informed about the contamination soon enough.

However, Fonterra said on Tuesday it did not send any contaminated products to Russia, Kazakhstan and Belarus.

The company said it mainly supplies butter and cheese to Russia, and those products are not made using the potentially tainted whey protein concentrate. It said it is working closely with authorities in the three countries to reassure them its products are safe.

Mr Guy said he couldn't say when the ban might be lifted.

A professor of agribusiness at the University of Waikato believes Fonterra's failure has been in its communication, not in the processing plant.

Jacqueline Rowarth told Checkpoint when the exact nature of the contamination is communicated clearly, those countries are likely to lift their ban.

Ms Rowarth says she has no confidence in the Government's inquiry into whether systemic problems caused the Fonterra contamination scare because it is not independent from the dairy cooperative.

Prime Minister John Key announced the inquiry on Monday and said he hoped it would be completed by the end of this year.