Fonterra chief executive Theo Spierings is denying there was any delay between the dairy giant finding out there was a food safety risk and informing government agencies and customers.

Fonterra revealed on 3 August that 38 tonnes of its whey protein used by other manufacturers, including infant formula, was contaminated with a bacteria that can cause botulism. The whey protein was tainted by a dirty pipe at the company's Hautapu processing plant in Waikato in May 2012. 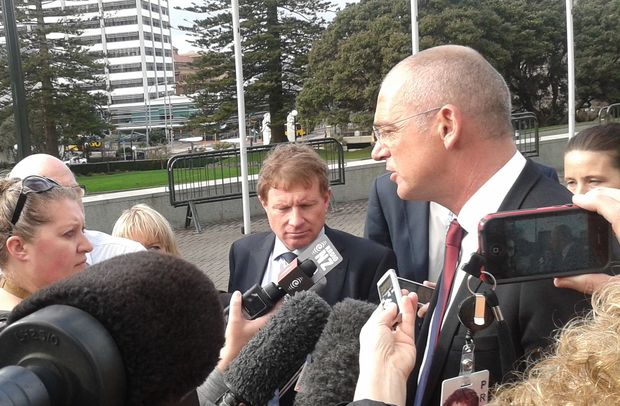 On Thursday, the dairy co-operative confirmed it had contained all products potentially contaminated with the bacteria and announced the co-operative's board would launch its own inquiry - run by its independent directors - into how the contamination happened, and why it took so long to inform the public. The Ministry for Primary Industries will also hold an inquiry.

Fonterra chief executive Theo Spierings and board chairman John Wilson met with senior ministers at Parliament on Friday to update them on the crisis.

Mr Spierings told reporters in Wellington that Fonterra met all its obligations with regard to notifications and didn't believe it had breached any food safety regulations in relation to keeping the regulator informed.

"There was no delay. A decision on the food safety risk analysis was taken on the 1st of August, late. And within 24 hours everybody was informed including the public, including our customers, including governments, including local authorities."

Mr Spierings was questioned by media over whether Fonterra should have notified authorities in March this year when elevated levels of some organisms were found in whey from the Waikato plant.

He was also asked whether Fonterra had failed to inform Government-owned food safety company AsureQuality within the required 24-hour timeframe after it discovered last week that the bacteria was a dangerous strain.

Mr Spierings said routine tests in March came back with some unusual results, and despite these being within specifications, Fonterra decided to investigate further. He said the proper processes were followed and once Fonterra had confirmed there was a food safety risk it informed the Ministry of Primary Industries, as required.

Product recalls have been ordered in nine countries, including New Zealand, China and Thailand. Russian media on Thursday continued to report that it had placed an import ban on all Fonterra dairy products, although that was denied by government officials in New Zealand.

Theo Spierings said no disciplinary action has been taken against any of the operators at the Waikato plant and doesn't think they should take the blame, as they were given instructions.

"I know what happened and I do know that the people who operated that factory got an instruction. I'm much more interested in why they got the instruction than what the operator did."

Asked whether disciplinary action was a possibility for those who gave the instructions, once an inquiry had been completed, he said he had certain questions and would see how they were answered.

Mr Spierings said he has kept employees around the world updated every day and board chairman John Wilson gave farmers information once or twice daily. "What I've heard back, and what John has heard back, is that farmers are positive about the transparency."

He declined to comment on his own future as chief executive, saying the priority at the moment is the inquiry. 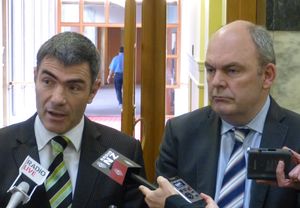 "We have some concerns in particular to do with the timing and that's one of the questions that we will want answered through an inquiry."

Mr Guy said he would brief the Cabinet on Monday about the scope of an inquiry that the Ministry for Primary Industries would hold.

Economic Development Minister Steven Joyce said there may be a second government inquiry alongside the one already announced by the Ministry for Primary Industries.

"MPI of course is a regulator. They will be doing their thing which will of course be independent of what Fonterra does."

Mr Joyce said Fonterra gave a commitment to ministers at Friday's meeting that they were determined to get to the bottom of things from their perspective.

Federated Farmers dairy chair Willy Leferink said he is satisfied that Fonterra has handled the crisis as well as it could, but a review is needed to see if improvements are needed.

Mr Leferink said improvements can probably be made to ensure such events don't happen again and many questions remain about how the contamination happened.