Fonterra has announced a formal and independent review into the circumstances surrounding a global recall of infant formula made from its product. 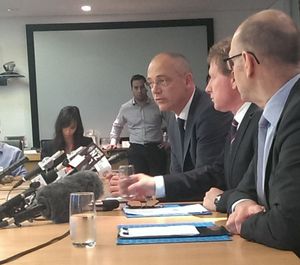 The dairy co-operative revealed on Saturday that 38 tonnes of its whey protein used by other manufacturers, including baby formula manufacturer Nutricia, was contaminated with a bacterium that can cause botulism.

At a news conference in Auckland on Thursday afternoon, chairman John Wilson described the situation as an "absolute nightmare" and apologised to consumers once again on Fonterra's behalf.

Mr Wilson said the formal review would be a separate investigation to an operational one currently underway.

"There are serious lessons that need to be learnt from this ... the board will also be conducting a full and thorough formal review. It will be led by the independent directors of Fonterra and it will include independent expert advice."

However, Mr Wilson avoided a lot of reporters' questions, saying the review would provide the answers.

Fonterra chief executive Theo Spierings promised that the operational investigation would be completed as soon as possible.

Mr Spierings and Mr Wilson will meet with government ministers on Friday.