Meridian Energy says a $30 million one-off payment from the Government was a vital part of a deal to keep the Tiwai Point aluminium smelter in Southland going.

State-owned energy supplier Meridian Energy and New Zealand Aluminium Smelter (NZAS)announced on Thursday they had reached a deal on the cost of electricity after more than a year of negotiations. 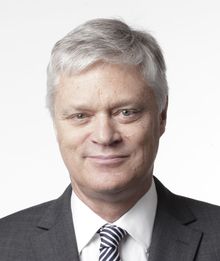 The smelter near Bluff has been threatened with closure as it tries to turn around large financial losses and has been seeking to lower the price it pays Meridian Energy for electricity. Power costs dominate aluminium production and smelter's and its mainly Australian owners had said they could not make a profit under existing electricity prices, despite the company having special cheap rates for decades.

The new contract, which runs to 2030, puts in place a price reduction backdated to 1 July 2013, though the exact rate has not been disclosed. It allows later price rises if the New Zealand dollar value of aluminium rises above agreed levels.

Meridian says the new agreement is inflation indexed and also allows the smelter to reduce its electricity purchases by 20% from 2015. In addition, NZAS can terminate the deal from January 2017, provided it gives at least 15 months' notice.

Finance Minister Bill English said the smelter company and its main owner, Rio Tinto, wanted substantial help from the Government and asked for hundreds of millions of dollars to keep the Tiwai plant open. Mr English said he refused and offered a one-off payment of $30 million instead. 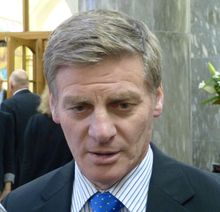 "There was the need for certainty both with their workers and the smelter, for the wider electricity market and of course it supports the float of Meridian because it would give any potential investors more clarity about what they're buying into."

The majority owner of the smelter is overseas corporate Rio Tinto, which on Thursday announced a $4.2 billion profit for the six months to June.

The Labour Party's State-owned Enterprises spokesperson, Clayton Cosgrove, said the deal is all about paving the way for the sale of Meridian shares.

"This is a short-term fix, this is about getting past an election, this is about getting a sale of Meridian away. And if I was Rio Tinto, I'd simply wait and spring the trap again on 1 January 2017, after I'd cashed the $30 million cheque. And because of the incompetence of the deal there's nothing this Government can do about it."

Mr Cosgrove says in return for getting $30 million of taxpayers' money, Rio Tinto has to keep the smelter open for just three-and-a-half years.

But Mr English said the deal gives certainty to Southland and the electricity system, and that will help the sale of shares in Meridian.

The smelter's management said this is a one-off payment that allowed the main price deal to be concluded. It said it would like to operate long term, but this would depend on efficiencies as well as the world price of aluminium. The Tiwai Point plant produces exports worth $600 million annually and provides one tenth of Southland's economic activity.

Meridian chief executive Mark Binns said the company hasn't moved on price since March this year, although it has varied other aspects of the contract which covers about 40% of its production.

Mr Binns says the re-negotiated price is a "meaningful reduction" from the original contract, which will help the smelter in terms of its international competitiveness. "I think the certainty this provides will be viewed by investors as a positive." Mr Binns says there was no government interference in the negotiations.

Meridian says the agreement makes sense commercially and is one it would have done, even if the Government wasn't its owner. However, it admits the deal could keep electricity prices for ordinary consumers higher than might otherwise be the case.

The deal means 14% of New Zealand's total electricity production will continue to go to the smelter and not be put into the general market. Mr Binns says if that electricity was made available to general users, it would increase the supply of electricity and probably lower its price.