Dunedin City Council is drafting a local bill for Parliament that would create warrants of fitness for rental housing in the city, aimed at cold, damp student flats and houses in poor parts of the city.

Mayor Dave Cull says the city has the oldest and coldest housing in the country, but the council does not have the power to pass bylaws to fix it. 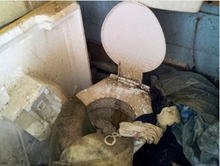 The toilet in the Dunedin flat. Photo: Supplied

Mr Cull says the council makes cafe owners sell food in good premises, and it should be the same for landlords.

"You can live in whatever grotty hovel you want to if you own it, but you're selling accommodation I think there's a responsibility to make sure it's of a reasonable standard."

The proposed bill, to be sponsored by a Dunedin MP, would require warrants of fitness for rental accommodation, setting minimum standards for insulation and warmth.

A Dunedin student who is living in one of the city's worst flats, Leander Schulz, says cold, damp houses should be illegal.

"It's a health risk. It's a huge social cost that is being passed on by landlords on to society. They need to be asked by a law to insulate their place and make it efficient for the tenants to heat their places."

Mr Schulz says Dunedin landlords are making super-profits from scummy houses and it has to stop. 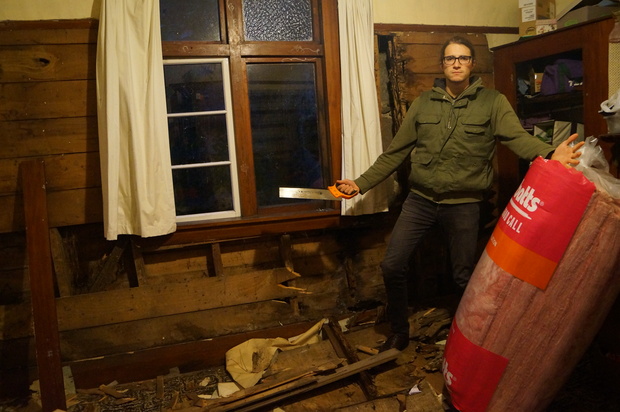 Tenants in this flat, dubbed one of Dunedin's worst, are insulating it themselves. Photo: Supplied