Public transport advocates in Auckland say a plan they have devised would mean a faster improvement, costing much less than current plans. 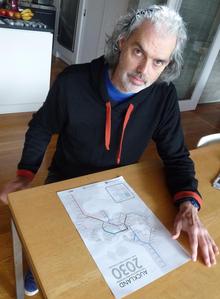 Their programme would drop many major roading projects currently on the books and cost $10 billion over 17 years rather than $24 billion.

Transport Blog website editor Patrick Reynolds said no city has built its way out of congestion with roading projects like those proposed for Auckland.