Christchurch people were officially welcomed back into Cathedral Square on Saturday with live music and a speech by outgoing Mayor Bob Parker. 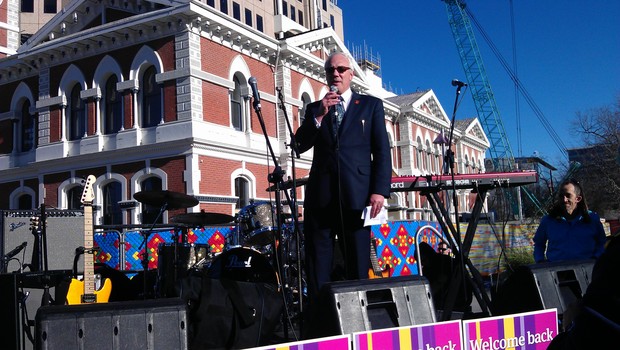 The last fences around the central city redzone were removed last weekend, allowing visitors to walk through the square.

"We can now start thinking inside the square," said Mr Parker, "and restoring it as a focal point of activity."

It will have new public facilities installed and will be regenerated with plants and vegetation.

Cathedral Square was devastated by the earthquake on 22 February, 2011.

"It is important we set the right tone in creating a welcoming area that represents the history of the square and that is sympathetic to the scale of the disaster and the rebuild job ahead," Mr Parker said.

The transitional square aims to encourage people and businesses back into the city centre.

Christchurch City Council said it has cost about $600,000.

Christchurch and Canterbury Tourism chief executive Tim Hunter said the reopening of the traditional heart of the city should give people further confidence to come back and visit.

AAP reports that on Sunday the first fully restored building at Christchurch's Arts Centre - the Registry - will re-open to the public. 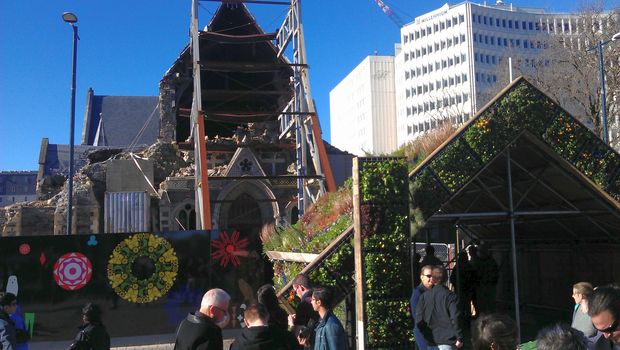 Chris Heaphy designed the whare and artwork on the fences. Photo: RNZ