A boy excluded from a north Waikato primary school last year after assaulting a teacher will not be re-enrolled, the Ministry of Education has confirmed.

A meeting was held on Friday between ministry officials, Paeroa Central School staff and the child's carers after the school refused to re-enrol the 11-year-old who has been to 14 schools in five years. 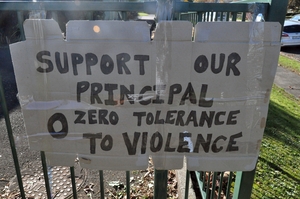 A sign at the school on Friday. Photo: RNZ

The ministry's special education group manager, Brian Coffey, says the boy will be enrolled at a school yet to be determined.

"We need to have him enrolled. He won't be enrolled at this school, he will be enrolled at another school and we'll find a place to do that. But he will have his learning at a place where he can get good support."

Mr Coffey says the boy's carers are relieved and supportive of the plan.

Paeroa Central School's principal Janet Jones and the boy's carer would not comment following the meeting, except to say that they are happy with the outcome. Parents spoken to were also pleased.

The ministry has dropped a threat to dismiss the school's board. Earlier on Friday, Ms Jones said her school is certainly not giving up on the child, but no mainstream school in the area is suitable for him and he needs to go to an alternative school and then be eased into college.

School principals say they need more help from the Ministry of Education when dealing with the most difficult children.

They say they do not get enough support for children with behavioural problems and it is up to each school to decide if it can cope with a particular child.

The chair of the Educational Institute's Principals' Council, Charles Oliver, says schools have to dip into locally raised funds to pay for extra help for some students. 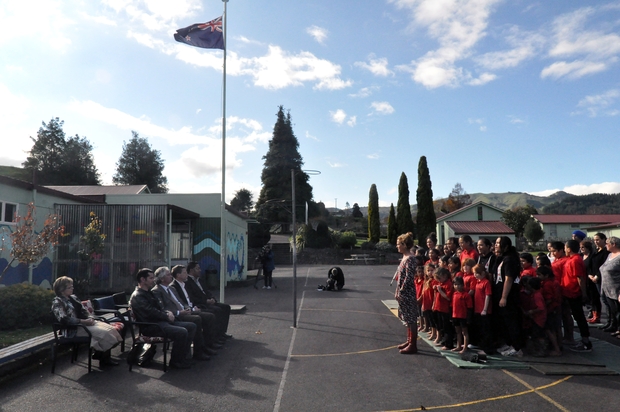 A powhiri, or welcome, was held for ministry officials. Photo: RNZ