The Maori Party is telling opponents of charter schools it is worth giving the publicly-funded private schools a go.

Sixty-five people including prominent Maori, Pasifika and education academics and children's advocates have signed an open letter urging MPs not to experiment on children by introducing the publicly-funded private schools. 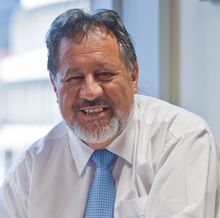 The letter has been sent to MPs on Tuesday because the Education Amendment Bill is returning to Parliament to be debated clause by clause and could be passed before the end of the week.

The letter says the New Zealand version of charter schools - known as partnership schools - is a wrong turn for education and was organised by the lobby group, Quality Public Education Coalition, and its members, the Post Primary Teachers Association and the Educational Institute.

Maori Party co-leader Pita Sharples says criticisms were given to kura kaupapa schools when they were introduced.

"You have to try new things and if they don't work, ditch them. So we've started kura kaupapa Maori and now there are over 100 schools with kaupapa Maori.

"It is about giving charter schools a chance - we're not England or America and what they've done there, and we've got to see how it can work here."

Dr Sharples says a number of people and groups have exciting ideas for trialing the schools.