The Government has confirmed it will provide funding to expand the KickStart breakfast in schools scheme run by Fonterra and Sanitarium.

The extra funding is part of the Government's response to the Children's Commissioner's Expert Advisory Group report on child poverty. 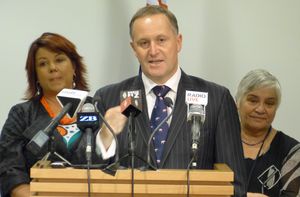 The Government will contribute up to $9.5 million over five years to fund half the cost of expanding the KickStart programme which will see Weet-Bix and milk made available.

It will mean a breakfast of Weet-Bix and milk will be made available on weekdays in decile 1 to decile 4 schools. Higher decile schools will be able to opt in from next year.

"The expanded breakfast programme will increase from two to five mornings a week in deciles one to four schools, with a view to gradually rolling out to all schools which want and need the programme," Mr Key said.

"It makes sense for the Government to partner with such a well-recognised programme and one that has good buy in from schools already."

The Government will also give $1.5 million to the KidsCan charity over three years to provide clothes, health and hygiene products to disadvantaged children.

In its response to the Children's Commissioner's report, the Government says it has made substantial investments in preventing and alleviating child poverty, but says more can still be done. 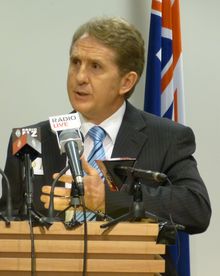 It says it wants to leverage corporate and community energy to tackle the impacts of poverty on children and that is why it is working with Fonterra and Sanitarium on the food in schools programme.

Cereals producer Sanitarium and dairy cooperative Fonterra say they are committed to the programme for at least the next five years.

Sanitarium general manager Pierre van Heerden says schools taking part in the programme say it has a visible and positive impact in the classroom.

"The kids are able to concentrate better on their schoolwork. They're more involved in the classroom and generally feel a lot better. And the good things is that those who need it the most are the ones that continue turning up for breakfast when it is being provided."

However, Social Development Minister Paula Bennett believes many schools will not take up the breakfast in schools programme because they think feeding children is their parents' job.

Ms Bennett told Radio New Zealand's Checkpoint programme she frequently hears from principals that they will not use KickStart.

Ms Bennett says advice from officials is that only about 100 schools will take up the Government's offer.

A Wellington school principal says he is worried the rollout of the KickStart programme may not treat all schools equally.

Mark Potter from decile 4 Berhampore School says he applied for the programme some years ago but has not been invited to participate yet.

Mr Potter says although it is good all schools will now be able to apply for the scheme, he is concerned what the criteria will be.

"Whenever the Ministry of Education or Government comes out with the saying those who need it, they tend to come up with criteria that makes it very hard to get in. We're well used to Government initiatives that sound fantastic - until you apply for them."

Mr Potter says about 10% of the 220 students at his school arrive without eating breakfast.

Mana Movement leader Hone Harawira says the expansion of the KickStart programme is a huge disappointment.

Mr Harawira says the Prime Minister had the chance to do something really great - but he has let the country's children down.

"When John Key came in, he bailed out his mates from South Canterbury Finance to the tune of $1.7 billion.

"And today he's announced less than $2 million a year to deal with child poverty - when we've got 270,000 kids living below the poverty line? It's a bloody insult!"

But Labour leader David Shearer says the Government's decision to help fund the expansion of the programme is positive and he supports it.

"National's been dragged kicking and screaming to the finish line on this. It's only though public pressure and the pressure of Opposition parties like the Labour Party that's got them there. But overall, it's good for those kids who go to school hungry."

Green Party co-leader Russel Norman says is a good first step. but the programme would be more stable if it was fully funded by the Government.