Prime Minister John Key says it is very unlikely that compensation will be paid to those affected by the Urewera raids.

The Independent Police Conduct Authority (IPCA) on Wednesday released a long-awaited report into the raids carried out in October 2007. 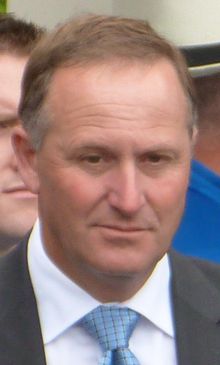 It found that officers unlawfully detained people at five properties, set up illegal road blocks at Ruatoki and Taneatua in the Bay of Plenty and intimidated innocent residents, including children.

Police have apologised and accepted the report, but Police Commissioner Peter Marshall says no officers will be disciplined as they acted professionally and in good faith.

Some residents affected say they may seek compensation as a result of the report's findings.

However, Mr Key said on Thursday that they are not likely to be successful. He said it was a serious situation and police believed they were potentially facing domestic terrorism.

"In undertaking their policing activities what is also clear from the IPCA is that they broke with the law in relation to what happened at various checkpoints and the likes.

"But I think the fundamental point is that police still believe they were facing a serious situation and I just don't think it's very likely that, even as a result of the breaches the police have made, that compensation will be paid."

But a lawyer says dozens of people caught up in the raids are entitled to compensation.

Tuhoe activist Tame Iti was convicted on firearms charges as a result of the raids and intends seeking compensation from police. His lawyer Russell Fairbrother, QC, says Police Commissioner Peter Marshall is trying to downplay the offending.

"It's not just a trivial thing that occurred and it ignores the trauma that many innocent people suffered. People were held at gunpoint, they were photographed, they had to do what they were told. You can't just wave that away by saying it's semantics."

Mr Fairbrother says those detained in their homes, arrested or stopped at roadblocks could claim under the law of torts for detention, unlawful arrest and possibly assault, and could also claim under the Bill of Rights. He says they could be entitled to compensation for trauma, damage to their home or clothing and loss of wages.

Peter Williams, QC, acted on behalf of people in Tuhoe territory and his complaint to the authority following the raids included 18 accounts from residents.

He says police have breached the law and there should be some kind of settlement such as the donation of a library for the children.

Police Commissioner Peter Marshall accepts the IPCA report's criticisms and acknowledges illegality in some parts of the raids. He said on Wednesday police did not go in with any malice, but misinterpreted legislation they were working under. 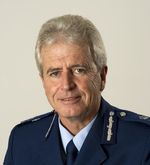 Mr Marshall apologised to any innocent people caught up in the raids, but defended the use of road blocks, saying police did have concerns about a group of people in the area when they set up them up.

He said that, if asked, he will go to Ruatoki at whatever time suits people to talk with them, and has already spoken to several senior Tuhoe leaders.

Otago University law professor Andrew Geddis says any damages police had to pay would come out of their budget and this would spur the police to be more careful about staying within the law.

A Ruatoki resident caught up in the 2007 Urewera raids says compensation or a police apology is unlikely to repair the damage done to the community.

Miria Tuhaka told Radio New Zealand's Morning Report programme police refused her attempts to help a neighbour's children who were traumatised after the adults in their house were arrested.

She says the children were screaming and confused but officers wouldn't let them go to them for at least half an hour.

"We were saying to them 'all we're worried about are the children, look at them, they're screaming, they don't know what's happening' and the oldest there at the time would have been seven years old."

Ms Tuhaka says the day is still fresh in her mind and an apology from the police won't change that.

Tuhoe kuia Te Waiarangi Harawira witnessed the raids and says the report is unlikely to remedy anything as it has taken too long. But she says although it may not change the way the community feels, the findings needs to be shared.

Ruatoki resident Akuera Te Moana says those who were directly affected need to read the report. "The community still needs to know what has happened and what shouldn't have happened in regards to being branded as terrorists as such."

Te Komiti o Runga is still to finalise plans for the hui, but expects it to happen in the next few weeks.