Tuhoe has agreed to settle with the Crown on a deal including $170 million worth of compensation, an apology and increasing control of Te Urewera National Park over time.

The compensation announced on Tuesday is in recognition of what has been acknowledged as extremely severe and brutal treatment of the eastern Bay of Plenty iwi at the hands of the Crown during the 1800s. 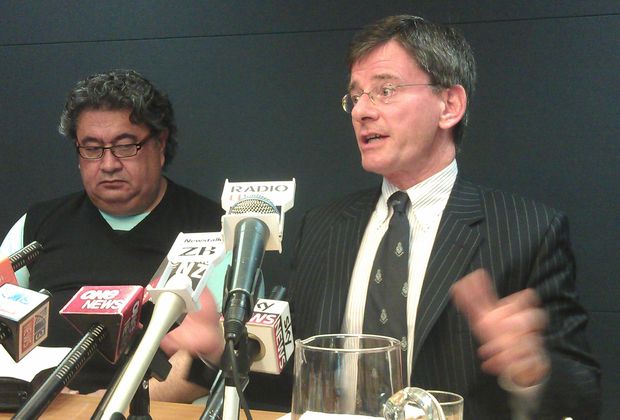 The Crown will cede ownership of Te Urewera to a separate legal entity to be governed by a board comprised of Crown and Ngai Tuhoe members.

The deal recognises Tuhoe as tangata whenua of Te Urewera National Park and over time the iwi will take over increasing responsibility for its management and control.

Negotiations hit a roadblock in 2010 when Prime Minister John Key refused to support a proposal to cede ownership of the national park.

Tuhoe had wanted outright ownership, but chief negotiator Tamati Kruger said on Tuesday the deal is acceptable. He said in the end, Tuhoe had no one else to negotiate with, and the deal is seen by the iwi as a way to secure its future health and prosperity.

"These settlements don't necessarily represent an answer to things but, rather, a means by which each and every iwi then moves on and creates their own wealth and their own sense of security. But this offer, I think, is considered by Tuhoe to be a great leap forward."

The compensation package of $170 million is equal to that paid out to Ngai Tahu and Tainui in their Treaty settlements and includes Tuhoe's share in the central North Island forestry on-account settlement made in 2008.

Tuhoe is about the sixth largest iwi, but the Government says it is not just about size - it says Tuhoe suffered great wrongs in the past and the amount is in recognition of that.

Treaty of Waitangi Negotiations Minister Chris Finlayson said on Tuesday huge areas of the iwi's land, including Te Urewera, were wrongly confiscated or purchased unjustly and it is a significant agreement.

"That sends the message out there that this Government is determined to achieve just and durable settlements. It never was a deadline of 2014 because, as this three-year negotiation shows, you can't have deadlines. It's the putting right that counts, if I can quote (retailer) Alan Martin."

Chris Finlayson said the new structure will allow the historical, cultural and spiritual connection between Te Urewera and Tuhoe to be fully recognised for the first time, while the biodiversity of the area is protected and enhanced and public access is guaranteed for all New Zealanders.

The offer also includes the implementation of a social services management plan announced in August this year, under which government agencies will work with Tuhoe to ensure better delivery of social services such as housing, education and health to its communities.

The Crown and Tuhoe will work together to develop a deed of settlement by the end of this year.

Good solution for all - minister

Minister for Treaty Negotiations Chris Finlayson says he is confident that the new power-sharing arrangement between Tuhoe and the Crown over Te Urewera National Park will succeed.

Mr Finlayson told Radio New Zealand's Checkpoint programme on Tuesday the establishment of a board is a good solution.

He said while Tuhoe would take an increasing role in management over time, that did not mean that the tribe is getting ownership through the back door.

The minister said he is happy to leave the ultimate question of ownership of the park to future generations to decide.

Tuhoe's chief negotiator Tamati Kruger says he is pleased with the settlement and thinks neither party owning the land outright would work wonderfully.

"The issue of ownership has been an impediment and a tiring one, really. As soon as you go into ownership it's confrontational, rather than collaborative.

"Te Urewera owns itself - it was here first; people came later. It's not something that needs to be owned."

However, Mr Kruger told Checkpoint that Tuhoe is still committed to independence and self-governance.