The Tongariro Alpine Crossing in the central North Island has been partially re-opened after a volcanic eruption forced its closure on 6 August.

The tracks from Mangatepopo Hut to Red Crater and from Waihonunu Hut to Oturere Hut were re-opened after a blessing at 10am on Friday.

The alert level for Mount Tongariro has been lowered and the hazard zone reduced to 3km around the source of the eruption, the Upper Te Maari crater.

The Department of Conservation says the section of the Alpine Crossing between Red Crater to Ketetahi Road will remain closed.

However, DoC says if the current activity of the mountain remains relatively quiet and the high risk area is further reduced, the entire crossing will be open for the summer tramping season.

Garth Steven, from Whakapapa Holiday Park, says the full reopening of the track for the peak summer season is crucial.

However, he believes the damage may have already been done, given the track was closed when most overseas people would have been making bookings and it will be a nervous wait. 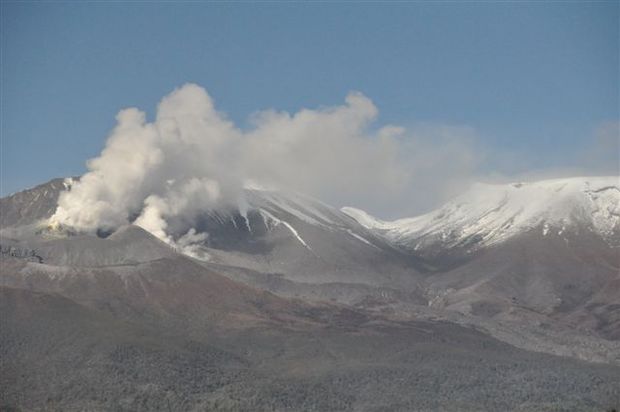 The alert level for Mount Tongariro has been lowered. Photo: RNZ