The Transport Agency intends to build a $90 million flyover bridge close to the Basin Reserve sports ground in Wellington. 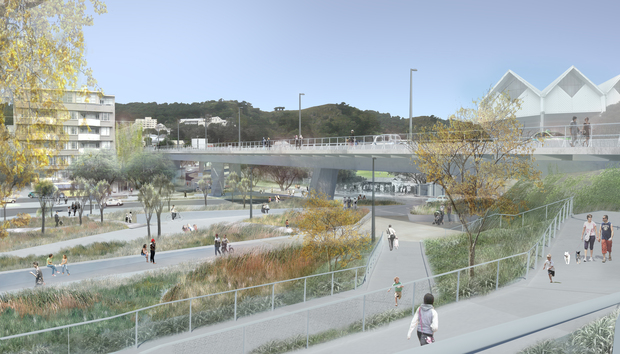 The two-lane flyover will separate traffic travelling from the airport to the motorway from that on local roads.

The agency says the structure is expected to carry 18,000 vehicles per day by 2021. It says building a tunnel would have cost almost twice as much.

The New Zealand Transport Agency might have to build a new stand at the ground to make up for the visual impact of a flyover.

An average 29,000 vehicles a day use the route around the Basin Reserve.

However, that could be reduced by up to 80% in some parts with the new flyover bridge.